The article considers the tendencies of socioeconomic development of Primorsky Krai in the modern conditions of development of the national economy of Russia and the tasks of formation of the transport and logistics infrastructure in the region to enable it to secure and implement its territorial transport, logistics and transit functions. A key role in this development is played by the seaports of the southern zone of the Far East and, in particular, of Primorsky Krai. It focuses on the tasks, as well as various aspects of the formation and direction of implementation of the promising socio-economic and political project of Russia in the Far East—the establishment of the Free Port of Vladivostok. This project focuses on the issues of providing Russian seaports in Primorye with a cargo base, as well as economic, social, organizational, infrastructural, political, legal and other aspects of operation of the Free Port of Vladivostok. Cargoes from the northeast provinces of China, as well as the implementation of major Russian projects, in particular, the project of establishment of "priority development territories" in Primorsky Krai play an important role in providing a cargo base and ensuring effective performance of seaports in Primorye.
Keywords: Cargo Base, Priority Development Territories, Primorsky Krai Seaports, The Free Port of Vladivostok, Transport and Logistics Hub

A Novel Approach to Power Optimization for Projection Systems

Objectives: To use ambient light and distance as parameters to optimize power consumption of a projector system witho...

Background/Objectives: The purpose of this study was to reduce of radiation dose through optimizing the tube current ... 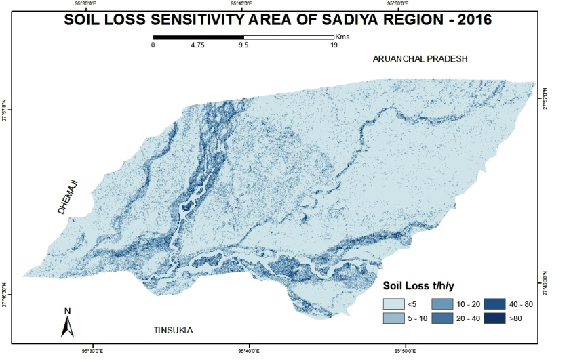 Objectives: This study focuses on identifying areas of intense soil erosion in Sadiya, a subdivision of Tinsukia dist...

Overall Noise Analysis for Transisition Edge Sensor at Optical and ...

Transition-Edge Sensors (TESs) are the most promising devices as single photon detectors in the visible and infrared ...

To remove the arsenic from gold concentrate using a thermal decomposition method, a test was conducted while changing...

Objectives: This paper highlights the design of multiplier-less FIR filter. The binary coefficients are replaced by C...

Image mining is concerned with the extraction of contained information, image information connection or other pattern...

Natural language processing is way of understanding the human languages by machine which involves the field of comput...