Objectives: In this paper, our work is intended to improve the nodes mobility within the network, as it is still in development stage. Methods/Statistical Analysis An automatic system for finding the efficient routing path is still a challenging task. In order to overcome the problem, we propose Short and Efficient Multipath Routing (SEMR) protocol which enables successful routing system by enabling minimum bandwidth in accordance with delay free networking system. Findings: This (SEMR) protocol applies on-demand routing protocols which find shortest route for communication-based on default parameters. The packet transmission consumes less packet loss ratio with minimum data rates. The implementation work is examined by means of performing simulations in NS2. Here the simulation parameters among every node were implemented based on the 802.11 standards according to the parameters. The test case is carried out with 200 nodes which compare the various factors like packet drops, testing the ability in finding the intermediate nodes, bandwidth and time delay. The best fact of Short and Efficient multipath routing (SEMR) methodology is the exchange of different parameters according to the protocol stack. It is also efficient in terms of security on finding the routes compared to the traditional or other mechanisms currently available in the industry. Application/Improvements:The SEMR protocol performance is tested with other existing protocols such as Ad-hoc On-Demand Distance Vector (AODV) and Destination –Sequenced Distance-Vector outing (DSDV). By which the obtained shows that the new scheme is free from fault tolerance with competent in achieving the networking system. Finally, the proposed system is well capable of decision making, especially in the network layers.

Microbial quality of food products sold by self help group women of...

The healthy wellbeing of mankind depends mainly on the consumption of quality food. These days Self Help Groups (SHG)...

Tolerance as an Important Component of Professional Competence of t...

Background/Objectives: The purpose of the present article is to substantiate students’ professional competences...

In this paper, implementation of SVPWM switching technique for a constant frequency, variable speed wind turbine is c...

According to the increasing of modern people's life time in indoor places, the importance of indoor LBS has been cont... 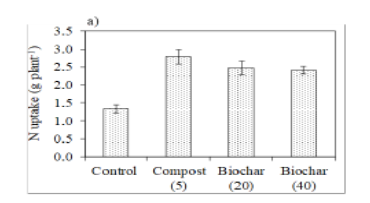 Background/objectives: Biochar has gained tremendous potential for mitigation of climate change and improving so...

Development of Device and Serious Game Contents for the Multi-finge...

In modern society, with the increasing use of such compact devices as smart phones and computers, finger and hand mob...

With the rapid development of Web3D technologies, it is more and more import and necessary that sketch-based model re...

Attribute Segregation based on Feature Ranking Framework for Privac...

Attributes in macro-data have to be segregating based on their sensitivity for privacy preservation purposes. Automat...

Application of Reverse Engineering and Impact Analysis of Motor Cyc...

Background/Objectives: A motor cycle helmet can prevent head injury from accident. This paper mainly concentrates on ...

Moderating Effects of Corporate Governance System on the Relationsh...

This study uses a sample of 237 Chinese corporations to analyze the relationships between internationalization and pe...