Objectives: To analyze the six-year performance trend of a Philippine state university in the Customs Broker Licensure Examination and compare this performance with those of other schools. Methods: It is a quantitative research; statistical tables and graphs were used in data presentation and analysis. Data were mined from the database of the government agency in-charge of professional examinations. The schools considered for comparison are the top ten performing customs administration schools in the Philippines for the period 2011-2016; six of which, including the subject school, are from South Luzon and Metro Manila and four are from other regions. Findings: The subject university’s performance in the Customs Broker Licensure Examination for the period 2011-2016 is considered very satisfactory with its annual passing percentage way above the national passing percentage by 50% to 160% higher. Said university is the best-performing customs administration school in its region and second overall in the country in terms of licensure examination performance in the past six years. However, the subject school has decreasing passing percentage and the difference between this and the national average is also decreasing. Its competitor schools in the region and nearby region had been performing better and catching up with its performance in the last two years. The gap between the passing percentage of the subject school and the country’s leading customs administration school increased while its margin over the other top performing schools decreased in the last year. Applications/Improvements: It is, therefore, necessary that the subject university should design strategic measures to further enhance its performances to hold the lead in the region and be the best-performing customs school in the Philippines.

An Empirical Study on the Smartphone Consumer Choice Factors - Comp...

Analyzing The Effect Of Practical Constraints On Optimal Power Flow...

Objectives: In this paper, a multi objective function is formulated by combining Convex Fuel Cost (CFC) and Total Pow...

Paper based MEMS Sensor for Bacteria Detection in Food

Objectives: To design a Sensor for the detection of bacteria in water and food like unpasteurized milk, undercooked b...

Design and Operating Parameters on the Performance of Planar and Du...

Water management is a burning issue in Air Breathing Fuel Cells (ABFC). Flooding and dehydration are the two main deg... 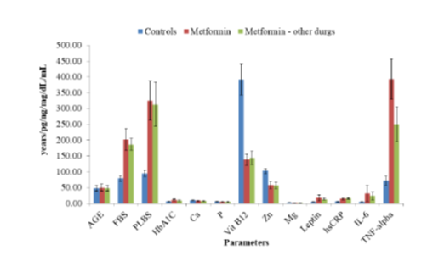 Effect of Anti-Diabetic Drugs on Vitamin B12 and Mineral Levels and...

Objectives: The purpose of the present study is to know the association between antidiabetic drugs and serum B12, and...

Effects of multi-enzyme supplementation on gut morphology and histo...

A biological trial in broilers was conducted with 7 treatments namely control (T1) as per nutrient requirements of po...

This paper presents a Behavior Based High Performance (BBHP) protocol for MANET that involves the existing protocols ...

Background/Objectives: This study was conducted to present a more effective service recovery strategy through a study...