Objectives: To determine the antagonistic activity of the essential oils of Cananga odorata flowers as a phytosanitary alternative against the phytopathogen Colletotrichum gloeosporioides. Methods/Statistical Analysis: The essential oils were obtained from C. odorata yellow flowers in the municipalities of Sincelejo and La Union, Sucre, by microwave-assisted hydrodistillation. The tests of antagonistic activity were carried out on the mycelial growth of C. gloeosporioides. The chemical profiles of the oils were made by GC/MS. With the results, the variance analysis and the Tukey test (p-value≤0.05) were performed for the significant differences. Findings: The results show that the flowers of C. odorata are a potential source of the raw material for the production of essential oils, due to their high yield, for which commercial exploitation is proposed. Presented the essential oil collected in Sincelejo the highest yields with 0.86% (v/w). In addition, the two essential oils presented antagonistic activity against C. gloeosporioides, being the one collected in Sincelejo the one that showed the highest averages of inhibition with 62.17%, followed by La Union with 57.38%. But at concentrations of 20,000 mg/L, 100% inhibition was found, similar to the positive control with benomyl. The MIC was 17,000 mg/L and 18,000 mg/L with 88.47% and 84.65% for Sincelejo and La Union, respectively. While the MFC was 100% at concentrations of 18,000 mg/L and 19,000 mg/L for Sincelejo and La Union, respectively. The analysis by GC/MS showed that the flowers of C. odorata collected in Sincelejo correspond to the Linalool chemotype and La Union al Bencil Benzoato. Improvements/ Applications: Natural products represent a biotechnological alternative for phytosanitary problems, in this highly polluted planet, thanks to its high antagonistic capacity, zero environmental pollution and high biodegradability.

Forecasting the Monthly Stock of Rice and Corn in the Philippines

In this study, the researchers studied the status of rice and corn stocks in the country provided by the Philippines ...

A Survey of Performance Analysis Tools for OpenMP and MPI

Objective: Due to the recent development of multiple parallel programming tools with varying features, it is difficul...

Use of Tonic and Raga as Indices for a Query by Example based Music...

Background and Objectives: A Music Information Retrieval Systems deal with retrieving music from a corpus based on us...

An Experimental Study on Strengthening of Reinforced Concrete Beam ...

Objective: This work deals with the experimental investigation on the study the effect of glass fiber reinforced poly...

The need for debris mitigation is illustrated in the context of historic launch activates and operational practices. ... 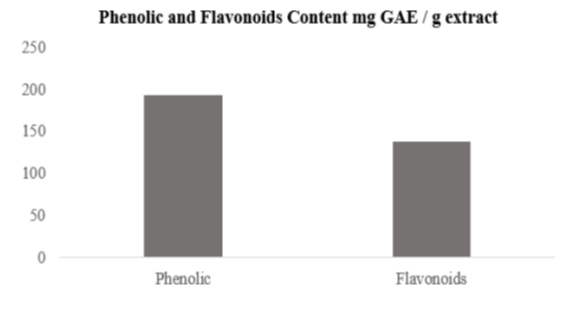 Thermal Design and Rating of a Shell and Tube Heat Exchanger Using ...

Objectives: To design and rate a Shell and Tube Heat Exchanger Using a Matlab® GUI and assess it with the evaluat...