For the past three decades, Fibres are utilized in various fields of Engineering for varying purposes. This study aims at investigating the influence and performance of fibre orientations on Basalt Fibre Reinforced Polymer (BFRP) composite retrofitted RCC piles under lateral loads. The lateral performances of the piles are evaluated based on the load bearing capacity of the piles with same cross sections and reinforcements. M30 grade concrete was designed to cast 27 nos of RCC piles. After 28 days water curing, the piles were scheduled for test based on fibre orientation such as hoop direction 12 nos, vertical direction 12 nos. and without wrapping 3 nos. as conventional elements. BFRP hoop orientation wrapped 12 elements were splitted in to 4 sets; each sets contained 3 nos. pile elements such as 3 nos. as double wrapped elements, 3 nos as 30% preloaded of conventional element ultimate load & retrofitted with BFRP, 3 nos 60% preloaded & retrofitted and remain 3 nos. 90% preloaded & retrofitted elements. Similarly, BFRP vertically wrapped elements (12nos) also splitted for test. The conventional, BFRP double wrapped, retrofitted elements were tested in a loading frame keeping one end fixed and leaving the other free. During Lateral Loading the Deflection, Strain, Cracks were observed, Tabulated and Plotted the Stiffness, Load vs. Deflection curves. Moreover, the performances of the wrapped piles were evaluated by comparing with the conventional ones. It was observed that hoop and vertical wrapping on piles increases the respective load carrying capacity by 0.15 and 1.9 times than the conventional piles.
Keywords: Basalt Fibre, Lateral Load, RCC Pile, Unidirectional Fabric, Wrapping

Objectives: Development of an efficient test suite minimization approach in order to reduce the size of a previously ... 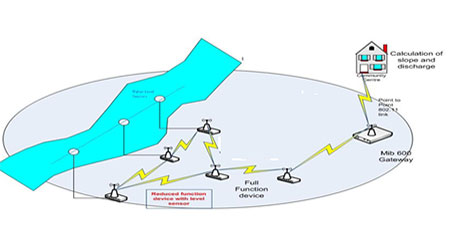 Objectives: To propose a design of an early flood warning system based on IOT with a strong emphasis on the security ...

Detection of Projected Outliers from the Higher Dimensional data se...

Objectives: Curse of Dimensionality and the attribute relevance is the matter of great concern now these days while d...

A case report is presented on twin reversal arterial perfusion in Triplet. The acardiac twin usually grows along with...

Enhanced Degradation of Carcinogenic PAHs Benzo (a) Pyrene and Benz...

Energy consumption in India is rising rapidly mainly due to growth in economy and population. The only alternative to...

An Improvised Ontology based K-Means Clustering Approach for Classi...

Background/Objectives: To provide a framework for improving the classification of customer reviews on products. Metho...