Background/Objectives: This paper proposes an Optimized Social Ant Based Sensitive Item Hiding (OSA-SIH) technique and expands the scope of quality privacy preservation for distributed data mining with optimal side effects on the original dataset. Methods/Statistical Analysis: in OSA-SIH technique, initially sensitive items for the given distributed dataset are evaluated using the social ant based relative item set distribution. Based on the evaluated dataset, optimal hiding of sensitive item is arrived with social ant based relative item set distribution even for larger item sets, ensuring time for optimal hiding. Next, sensitive item hiding is performed through multiplicative and transformational data perturbation. This data perturbation is based on socially cohesive relational rate between sensitive and non sensitive item sets, ensuring privacy preservation accuracy. The side effects on the modified dataset are checked for several users’ requested item set distribution. Findings: The experimental results demonstrated that proposed technique out performed than the existing state of the art works in terms of privacy preservation accuracy, rate of side effects on the modified dataset, and time for optimal hiding. Improvement/Application: Experiments revealed that the proposed OSA-SIH technique is able to reduce the rate of side effects on modified dataset as compared to the state-of-the-art works.

Selvan and Veni,Social Ant based Sensitive Item Hiding with Optimal Side Effects for Data Publishing. Indian Journal of Science and Technology. 2016: 9(2);1-9

Topics on the Degenerate Elliptic Differential Operators Far from S...

Background: Elliptic differential operators and asymptotic distribution of eigenvaluesof them are discussed in many w...

Sentiment Analysis: A Comprehensive Overview and the State of Art R...

Objectives: To extract the knowledge from social media and other review sites of importance. Methods/Analysis: Analyz...

Background/Objectives: As multi-agent system requirement is high in e-health care, this module for analysis and diagn...

Influence of Projected Climate on Rice Yield Over Tamilnadu

Real Time Level Control of Conical Tank and Comparison of Fuzzy and...

This paper describes about the level control of conical tank by using PID control and fuzzy logic algorithm. Many pro...

VLSI based Design of an Efficient Hybrid Watermarking Scheme for Mu...

Background/Objectives: In this paper, a new concept of hybrid DWT-SVD watermarking scheme for the secure transit of m... 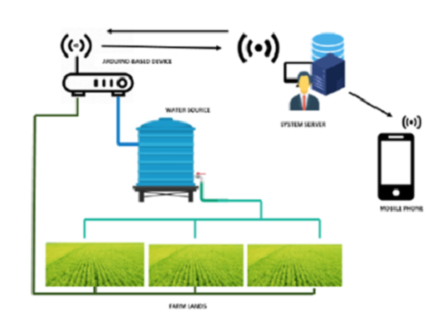