One of the most important activities in software maintenance is Regression Testing. The re-execution of all test cases during the regression testing is costly. And even though several of the code based proposed techniques by researchers address procedural programs. Some researchers addressed the issue of test case prioritization using Genetic Algorithm, but most of the authors do not select modification-revealing before prioritization, and used the same fault severity even when a fault was executed by the preceding test case. This paper propose a regression test case selection for object-oriented software based on dependence graph model analysis of the source code and optimizes the selected test case using Genetic Algorithm. The goal is to select modification-revealing test cases and order them based on their fitness value computed using previous history of the fault severity. The effectiveness of the approach was evaluated using Average Percentage of Rate of Fault Detection (APFD) metric with vending machine program. Our Proposed Approach (PA) provides considerably better results in term of average percentage of rate of fault detection. Based on the measured performance obtained from the results, GA with reduced severity of fault prioritize selected test cases more effectively compared to using GA with the same severity of fault and non-prioritize, which may result in reducing the cost of Regression Testing.
Keywords: Genetic Algorithm, Regression Testing, Test Case Prioritization, Test Case Selection

Curvelet Based Seed Point Segmentation for Abnormality Detection i...

Objectives: A new method for automatic segmentation is designed for improving accuracy and abnormality detection in f...

The Homeland Separation as an Example of a Social and Psychological...

An Empirical Analysis on Effect of Data Expansion for Clustering Lo...

The researchers of the data mining domain presume that the study of traditional clustering techniques is saturating d...

Legal Status of BRICS and Some Trends of International Cooperation

Background/Objectives: The authors analyzed the legal status of BRICS (Association of Brazil, Russia, India, China an...

A Rotated Crank-Nicolson Iterative Method for the Solution of Two-D...

This paper aims to examine the effectiveness of a rotated iterative method to solve the two-dimensional time fraction... 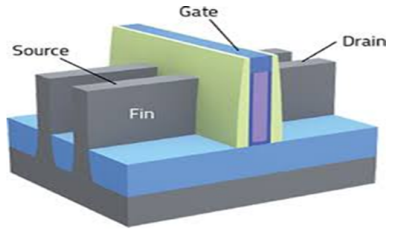 Design and Implementation of High Performance PPSK demodulator in B...