Objectives: The objective of this study is to identify the key specific features and significance of background music in cinematography by the example of Kazakhstani motion picture “Jambyl”. Methods/Statistical Analysis: Methodological basis of the investigation is represented by the method of scientific observation and analysis. Applying deduction as scientific method of obtaining knowledge, the significance of music in the segmented parts of the film has been rationalized by determining the types of the background music functions. Applying the method of formalization, the background music has been represented as musical notation in order to document the materials for further practical use. Findings: The study proves that background music in Kazakhstani films represents separate specimens of art that are of paramount importance for creating the artistic expressiveness of a film. Illustrated by the example of the fundamental analysis of motion picture “Jambyl”, such artistic artifacts of background music as symphony, chorus and sounds of dombra have been identified together with multiple songs and recitatives. The study determines such specific features of film music as the ways of its interaction with the picture (diegetic and non-diegetic techniques and their original synthesis), variations of the instrumental arrangements. It has been found that the principal methods of developing the background music are represented by the citation method and by the method of stylization (pasticcio). The functional specifics of the background music from film “Jambyl” have been systematized: Illustration, characterization, comments, dynamicizing, symbol, contrast, revealing emotional moods of the protagonist and characters, leitmotif. The musical materials from film “Jambyl” were recovered from the archives, reconstructed and put down on the musical staff for the first time ever. Improvements/ Applications: The results can be used for investigating musical culture of Kazakhstan and for developing academic courses on the history of film music and on the artistic legacy of M. Tulebayev.
Keywords: Background Music, Cinematography, Film Music, Language of Cinema, Musical Art, Runtime

Objectives: The objective of this research work is a prototype design of a new ramp type escalator utilizing the magn...

The Effect of Chinese Students’ Family Abuse Experience and Negat...

Background/Objectives: The central purpose of the present research is to investigate the effect of resilience on drin... 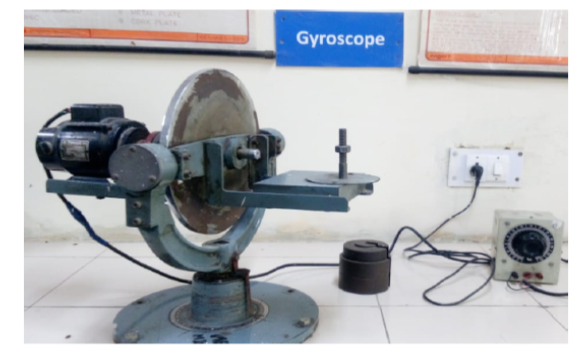 Study of Gyroscopic effects on a disc

Background/Objectives: Gyroscopic couple is a reactive couple which opposes any changes of the spinning motion of the...

Objectives: This study is aimed to look into what effect mirror therapy has on the muscle activity of a hand when it ...

Objectives: The problem of instability in utilization of energy from PV system and harmonics injection due that is co...

Critical Success Factors for Supplier Selection in the Construction...

This research aims to identify Malaysia construction industry’s procurement system as well as its supplier sele...

Objectives: The turbine is of 1.5 m diameter and two bays of 0.5 m length blades NACA 0015 airfoil profile is used fo...

The main objective of current work is to improve the mechanical properties of copper without losing their inherent el...