A. Mohan Raj and K. Ravichandran * 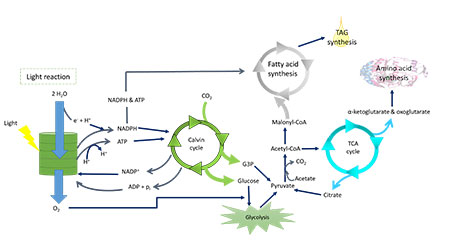 Macronutrient effect on biomass of Microalgae in biofuel production...

Objectives: This review is focused on the effect of macronutrients (nitrogen, carbon and phosphorus) on biomass produ...

High Performance and Reliable Fault Detection Scheme for the Secure...

Background/Objectives: Among the powerful techniques against the protected hash functions (SHA) the method of fault i...

Interactive Trial Room –A Solution to Reduce the Problem of Rampa...

Objectives: To offer a software based solution to reduce the problem of rampant returns of sold merchandise in fashio...

Background: In this work, SnO2 nanoparticles were successfully prepared by using Co-precipitation route, from hydrous...

A Review on Polymer Nanocomposites: Synthesis, Characterization and...

Objectives: Knowledge Management (KM) is an integration of numerous endeavors and fields of study. This paper provide...

Despite of Network Intrusion Detection System/Sensors (NIDSs) deployment in the computer networks to detect various a...

Objectives: This research was carried out to investigate Chinese language learning anxiety of international students ...

The proposed system aims in diagnosing Diabetic Retinopathy (DR), a snag in patients with Diabetes for prolonged peri...