For the first time, the FSW/PP were used in the aluminum alloys that the recent developments in equipment for operation at higher temperatures, the process has also been used for copper base alloys, iron and nickel. Methods Analysis: In this study, a copper plate is used as the base metal, after that by adding ZrO2 ceramic powder to it and using a non-consumable tool for mixing powder in forms one, two and four-pass, Nano-composite Cu/ZrO2 has been created. Then the mechanical properties of the created Nano-composites were examined and compared with the base metal. Also in another part of this study, a sample was prepared with the same conditions but without using ZrO2 powder. And in order to compare with other samples, its properties were studied. Results: The results of abrasion tests, micro-hardness and micro-structure reviews which were done by using optical and electron microscopes showed that incomparison with base metal, a very desirableabrasion and hardness properties are obtained and fine aggregate copper which already has been considered is fully achieved. It should be noted that in the case of a four-pass process along with using powder, the processed composite layer has more uniformity and homogeneity and higher mechanical properties than the base metal and powder-free samples. Based on the results, the maximum amount of hardness is about 160 Vickers which was obtained in four-pass mode and by using the powder, in compared with the base metal hardness which was about 80 Vickers, a twofold increase is shown. The lowest coefficient of friction is associated with the four-pass process sample by using powder, which has the amount of 47/0; it has demonstrated a significant improvement about abrasion propertiesin comparing with the friction coefficient of the base metal which was about 81/0.
Keywords: Abrasion Test, Copper, Friction Stir Processing, Microstructure, Nano-Composites, Zirconium Dioxide

Babak Beglarzadeh, Study the Microstructures of Nano-Composite Copper/Zirconium Dioxide under the Process of FSW (Friction Stir Welding). Indian Journal of Science and Technology. 2015: 8(35).

In-network caching has evidently emerged as an indispensable core functionality of ICN. Of the various types of cachi...

Nurses’ Anger Expression and Ways of Coping after Violent Experie...

Evaluation of Performance of Cowdung as Microbial Inoculum in Indus...

Objectives: To assess the efficacy of cowdung as a microbial inoculum for the bioremediation of wastewater from indus...

Application of Psychomotricity to the 2015 Revised Compulsory Basic...

Background/Objestives: The purpose of this research is to analyze the relationship of the basic curriculum and to fin... 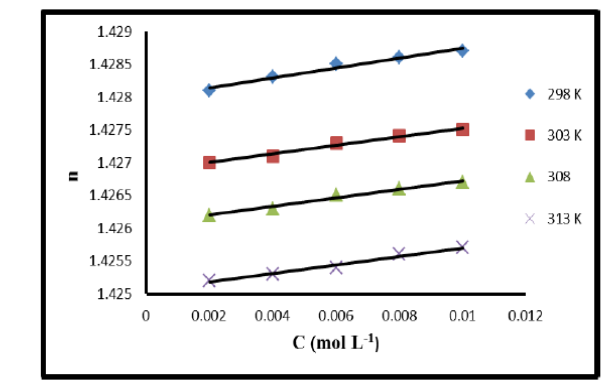 Studies of molar refraction and polarizability constant of 6-(4-chl...

As a keen attention of health care and wellness is paid to a foot, from which health begins, many health care product...

The effect of foundation’s modulus of elasticity on concrete grav...

Investigation on the behavior of dams against the seismic loads is a key factor for safety requirement. One of the mo...

Objectives: Iris recognition is one of biometric identification methods adopted over worldwide. In this paper we inte...

Objectives: We construct new gauge symmetry in second level of open string and predict that it corresponds to a new g...