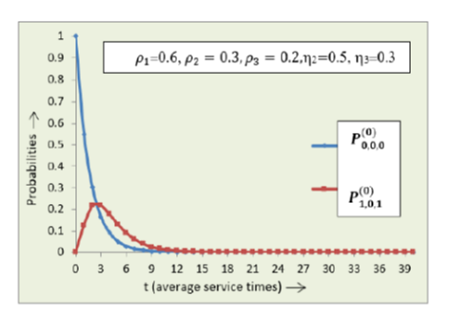 An Analysis of a Two-State Markovian Retrial Queueing Model with Pr...

Objective: This study considered a system of retrial queues with two types of customers: high-priority and low-priori...

Investigation of oil trap in the Asmari Anticline (Zagros, Iran)

The loads applied to the structure of a plane are of two types, namely Inertia and aerodynamic. Aerodynamic loads res...

Polymer Matrix Composites are the preferred materials now a days and are used in all the fields of engineering becaus...

Development of a Functionality Testing Tool for Windows Phones

Background/Objectives: The objective of this paper is to develop a testing tool that which tests the Functionality tr...

A Privacy-Preserving System based on FormatPreserving Encryption in...

Background/Objectives: The healthcare industry has been greatly grown based on the system such as EMR and HER. The ob...

Electrical and Economic Study of Applying the ACSS Conductor in T...

Analysis of Vocal Tract Shape Variability based on Formant Frequenc...

The paper presents the notability of variation of vocal tract shape and formant frequency with its adjacent ratios, f...

Formation of the System of International Legal Regulation of Teleco...

Background/Objectives: The research is aimed at determining the system of international legal regulation of telecommu...