Lake Naivasha, Kenya, is a fresh water lake currently experiencing severe environmental problems as result of pollution from agricultural effluents and urban water surface runoff, uncontrolled water abstraction, improper land use practices in the catchment area and proliferation of wetlands’ invasive species. These problems are exacerbated and compounded by changes in climate and inadequate conservation interventions. To deal with the pollution problem, flower farms around the lake have adopted constructed wetland technologies to treat their wastes prior to release into the lake’s ecosystem. In this study, we examined the efficiency of one of the largest and oldest constructed wetland, the Kingfisher constructed wetland, owned by Home Grown Ltd. The study was conducted between October 2009 and March 2010. Measurements of water quality parameters were carried out at 9 sampling stations along the constructed wetland system from inlet to outlet. The results showed that water quality significantly improved from inlet to the outlet, with conductivity declining from 722 µScm-1 to 514 µScm-1 while TDS declined from 569 to 186 mgl-1 . Other water quality parameters such as total suspended solids (TSS), BOD, COD, total nitrogen and total phosphorous similarly declined significantly (P 0.05) from inlet to outlet. Heavy metals generally occurred in low concentrations at the inlet, but still declined in their concentrations though not significantly. Results show that constructed wetlands are highly efficient in wastewater effluent treatment and can be used in amelioration of point sources of pollution into inland water bodies.
Keywords: Water pollution; Flower farm effluents; Lake Naivasha; Wetlands

System identification process is used to model the transfer function of the auxiliary path in Active Noise Control (A...

Evaluation of Male and Female Chairs for Administrative Staff in Pu...

Objectives: To evaluate the suitability of the male and female chairs for administrative staff in Kumasi Technical Un... 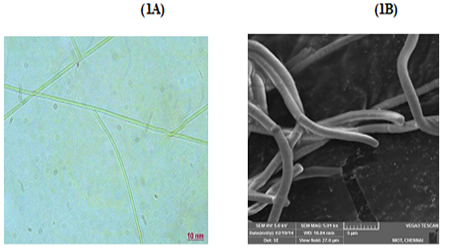 Background/Objectives: Zeaxanthin is a xanthophyll carotenoid revered for its role in the prevention of age related m...

Objective: To prepare the zinc oxide nanoparticles using the extract of Hyptis suaveolens leaf by adopting the green ...

Optimization of biodiesel production from oils and fats with high f...

Biodiesel may be cost effective if produced from low cost feedstock such as animal fats, restaurant waste oil and fry...

Extraction and Transformative Reaction of Triterpenoid and Comparis...

Objective: Fusion of heterocyclic ring system of the pentacyclic triterpenoids at position 2 and 3 of the steroidal n...

Objectives: This paper presents the use of machine learning technique in order to eliminate the components affecting ...

Objectives: Due to the advance in mobile computing technologies, mobile assisted language learning is being developed...

A MANET (mobile ad hoc network) might be called as a base less dynamic system which is a bunch of autonomous number o...