Song and Kim, Verification of Mediated Effect of Athletic Ability Beliefs in the Relations between Learning Environments Perceived in the Physical Education (PE) Class and Task Persistence. Indian Journal of Science and Technology. 2016: 9(41);1-9 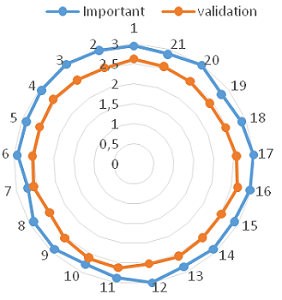 Background: The usability assessment of the system reflects the degree of user satisfaction. Since the eighth de...

A Comparative Analysis of TCP/IP and ROACM Protocols- A Simulation ...

The purpose of this research is to introduce a new novel protocol, Route Once and Cross-connect Many (ROACM), and com...

Evaluating the Issues and Challenges in Context of the Energy Crisi...

The purpose of this article is to give an overview to the current energy crisis of Pakistan. Pakistan is an energy de...

Background/Objectives: Educational Data mining is an emerging interdisciplinary research area that deals with the dev...

Background: The forests in India and worldwide are threatened by many factors, one among them being the increasing fr...

A New Topology for Regulation of Active Power by Battery Storage Sy...

The battery plays a major role for energy storage in non conventional energy systems. This paper proposed an AC-DCAC ...