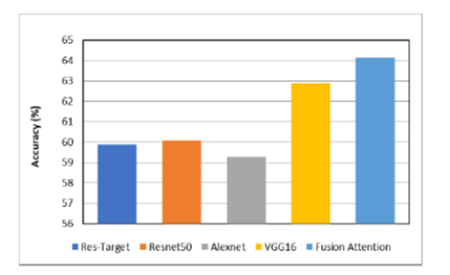 Objectives: To implement a novel and hybrid methodology for finding out the positive features when using convolutional neural networks (CNNs) for visual sentiment analysis. To achieve increased accuracy, precision and recall by using this proposed fusion attention methodology. Methods: This study proposes a modified methodology encompassing spatial attention, channel attention as well as squeeze excitation modules. An enhanced approach on the basis of convolutional neural networks was used here which utilizes convolution operators by combining both spatial and channel-based data. Moreover, we have incorporated three considerations like spatial, channel as well as squeeze and excitation at various levels for attaining optimal results. Findings: The accuracy of the existing approaches was 59.88%, 60.06%, 59.28% and 62.89%, but the proposed fusion attention method showed increased accuracy of 64.15%. Similarly, the F1 score of existing approaches are 0.464804, 0.250164, 0.474129 and 0.2574, but the proposed method revealed increased F1 score of 0.512933. Furthermore, the proposed algorithm showed precision and recall of 0.560896 and 0.472526 which were better when compared with the existing approaches like Res-Target, Resnet50, Alexnet and VGG16. Novelty: The novel feature of this proposed fusion attention algorithm was that it incorporates a hybrid approach in which the image together with convolution passes through channel attention, spatial attention as well as squeeze and excitation so as to attain increased accuracy, but most of the existing approaches have used only channel attention and spatial attention modules. In this proposed method, the algorithm performs convolution in 64-bit, 128-bit and 256-bit respectively together in which the three attentions were interchanged in each convolution, which were not prevalent in the existing approaches.

© 2022 Roseline & Chellam. This is an open-access article distributed under the terms of the Creative Commons Attribution License, which permits unrestricted use, distribution, and reproduction in any medium, provided the original author and source are credited.

Challenges on Technology Acquisition based on Absorptive Capacity o...

Today, technology is presented for various reasons and is considered as a candidate for investment. Firms have to obt...

Background/Objectives: Social Network Analysis (SNA) is the analysis of a social structure that is made up of a set o...

Experimental investigations on jatropha biodiesel and additive in d...

Fraction as a Legal Form of Activity of the Parliament of the Repub...

Background/Objectives: This article will discuss the formation of the political system and the parliamentarism in Rep...

Performance Evaluation of MANETS under Black Hole Attack for Differ...

Background/Objectives: Mobile Adhoc Networks (MANETS) are prone to different types of attacks due to lack of central ... 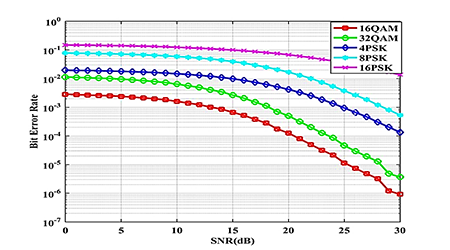 Background/Objectives: XOR gate is a primary element in binary adders because which is used to detect sum – out...

CCTVs are already much ingrained into our lives, and can be commonly seen not only in public spaces but also in priva...

A Study on the Mobile Device using an Environmental Information–C...

Objectives: This paper aims to enable the convenient health management of elders and to inform the time of activity. ...