Background/Objectives: The main intent of this paper is to detect tumor in the mind by means of image segmentation. Methods/Statistical Analysis: The method used is fast border mark algorithm which is based on image segmentation. Image segmentation plays a crucial role in presentation of substantial shape and other areas of interest. The detection of tumor is based on horizontal and vertical score function using coefficient based on bhattacharya added with intensity histograms of gray level. The fast border marker algorithm is related with Intensity based border mark algorithm and Entropy based border mark algorithm. Results: The input consists of images of MR slices, and the output is to detect the abnormal area by means of pack which is oblong around the tumors. The method is based on training rule which is individually exchange recognition procedure which spots the section that is different between the two parts of the mind in MR slice using a vertical line. The detection exchange method has been using thresholding novelty found on function of bhattacharya intensity gray level histograms. The mean coefficients of dice for some patient conditions are less than 0.6 that meaningfully increases the scope for region-based border mark ability. The study consists of around ten MR images with a vertical line that moves across the mind. Different MR images may vary in area, form, position where we can still find the tumor in the mind. Conclusion/Application: The method is based on threshold segmentation. The segmentation technique uses fast border mark algorithm. The fast border mark algorithm is experimented on the MR images for finding the abnormal part in the mind.
Keywords: Brain Tumor, Detection of Brain Tumor, Image Segmentation, MRI Slice

Objectives: Skin detection is the initial process of any automatic face recognition system. One of the fore most comm... 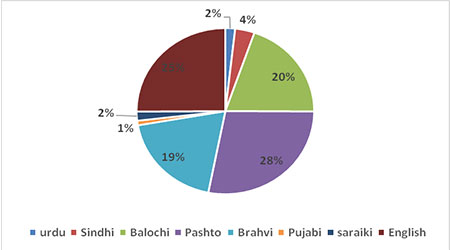 Multilingual OCR systems for the regional languages in Balochistan

Background: There are various languages for which an optical character recognition technology has been deve...

Background/Objective: Implementation model with total description and development at code level of the online testing...

The Tourist Experience: Modelling the Relationship between Customer...

Objectives: The paper attempts to develop a post-visit model that focuses on evaluation of consumer’s internal ...

The purpose of the study was to assess the mediating effects of institution trust and activity commitment between you...

A Location Routing Protocol based on Smart Antennas for Wireless Se...

The task of finding and maintaining routes in a Wireless Sensor Networks is a nontrivial task since energy restrictio...

Background/Objectives: This paper aims to report on the development of an Emergency Accident Alert mobile application...

A general daily staff scheduling problem with hourly requirement patterns is considered and formulated into an intege...

Preliminary Study on Teamwork Communications in the Healthcare Sect...

Background/Objectives: This paper aims to examine the current situation of teamwork communications in Jordan, verify ...

Objectives: The first objective of this paper is to evaluate the present Status of E-learning in India by collecting ...