This paper introduces a launcher system which can decorate a unique smart phone by linking the music and interesting sites in its wallpaper. This is similar to other applications, but is different in nature from others in the way that it can replace a user interface. This paper’s goal is to establish a service system to change the wallpaper. These studies have been conducted, many results have been announced. But the primary differences between the wallpaper of a proposed system and one of existing systems are the wallpaper changing in real time and the system automatically connecting to information (image, music, app sites etc.) associated with the wallpaper. The system uploads the wallpaper and music sources to a server and implements a real time service which can be connected to any other relevant information on the wallpaper according to a user’s preference. For doing this, the implementation of a proposed system is composed of 3 parts, CDN (Contents Delivery Network) servers with DB, a mobile app for user clients, and a web page for the administrator. This paper shows the implemented results and analyzes them. The proposed system can be utilized as a new operating system on the existing androids User Interface (UI) because it can be added a distinct user environment.
Keywords: CDN Server, Launcher, Real Time Service, Wallpaper

An Empirical Analysis of Students’ Expectation, Perception and Sa...

Objectives: The main goal of this research project is to analyze the Students’ Expectation, Perception and Sati... 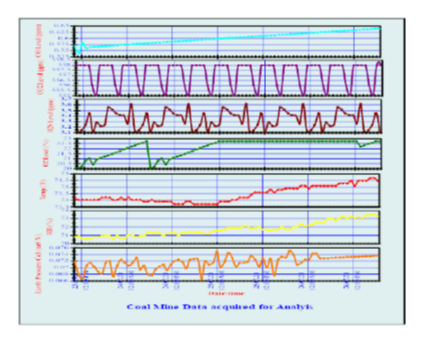 Optimization of Environmental Data to Improve Safety in Coal Mine u...

Objective: Design and implementation of an intelligent system to exploit the safety of Coal mine employees using wire...

Utilization of Granite Slurry Waste in Concrete: A Review

Objective: Performance analysis of a Real-time system is very important aspect where the performance bottlenecks can ...

A study was carried out to investigate the contamination of heavy metals in muscle and intestine tissue in 7 fish spe...

A Study on the Factors that Influence the Mental Health of Middle S...

The purpose of this study is to identify the relevance among the factors that affects the mental health of middle sch...

Some researches for inverted pendulum-type mobile robots have been presented in many articles. In this paper we prese...