Objectives: This paper proposes a novel method to addresses the problem of detecting and correcting collision attack in VANET and enhances the security of the nodes. Methods: The proposed Collision detection-based neighbor discovery model uses local monitoring to observe the behavior of neighborhood node. The collision detection is then shared with the immediate neighbors using warning message and propagated to a neighboring region with aiming at improving the broadcasting rate. In addition, proposed NDA-CDS uses Aloha-based Collision Correction which enables a randomized model that provides redundant information, allowing each individual node to process data packet using time slots to reduce time delay in correcting the colliding nodes which in turn maximizes the security of the nodes. The results are simulated in NS2 with each data packet size is differing from 7-49 byte. Findings: The NDA-CDC framework based on their immediate neighbors enhances the security of the nodes (i.e., vehicles) and reduces the delay time for detecting collision attack. The experimental results demonstrated that the proposed NDA-CDS model out performed than the existing state of the art works in terms broadcast rate, security and delay time for detecting and correcting collision. Improvement: The simulation result shows that proposed NDA-CDS method has advantages over the other existing system in terms of reducing the delay time for detecting collision attack and improving the security.
Keywords: Aloha-Based Collision Correction, Collision Attack, Message Authentication Protocol, Mix-Zone, Neighbor Discovery, Vehicular Ad Hoc Network

K. Chandramohan, An Efficient Neighbor Discovery and Aloha based Collision Detection and Correction in VANET. Indian Journal of Science and Technology. 2015: 8(35).

Objectives: To compare the clinical performance of the different capping materials and calcium hydroxide in deep cari...

The experiment is performed to investigate whether plants can remove particle pollutants of PM-10 level floating in t...

Investigation of Relationship between Ease of Use, Innovation Tende...

This study aimed at investigating the relationship between ease of technology use, innovation tendency, perceived use...

Objective: The main theme of this paper is to eliminate the frequency split in short range Wireless Power Transfer (W...

To implement automation testing for testing the telecom node commands in the wireless network management system. The ...

An Efficient Cost Model for Data Storage with Horizontal Layout in ...

Data storage space is virtually infinite in cloud computing. To store data in the cloud requires more cost because it...

The main objective of reliability is to determine the useful working time before which the circuit or component becom...

Strategies for Transition Support in Social Relationships for Effec...

The aim of this study is to bibliographically search for strategies for transition support in social relationships fo... 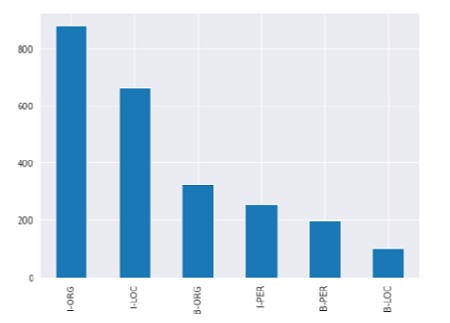 Objectives: This work aims about the development of Afan-Oromo language named entity recognition which widely used in...