Artistic Synthesis of Satire and Elegy in “Old Years in Poshekhonye” Chronicle by M.Y. Saltykov-Shchedrin

Background/Objectives: The study investigates the insufficiently explored problem of one of the most important stylistic features of M. Y. Saltykov-Shchedrin’s writings as a complex synthesis of satirical and elegiac art techniques. Methods: The materials of such Shchedrin’s works as “Provincial Sketches”, “The History of a Town”, “The Golovlyov Family”, “Old Years in Poshekhonye” demonstrate the intertwining nature, junctions and interrelations of satire and elegy in the context of the evolution of this synthesis as a result of the author’s deeper discourse associated with the complexity of the foundations of his ideological and philosophical stances predetermined by Shchedrin’s alternating standings during different periods of his life. Shchedrin’s works that are the pinnacles of his creative activity and that are most representatives in this specific context have been selected to help resolve the issue above. Findings: The dominant stylistic idea of Shchedrin’s poetics gives way for defining the depth and originality of his thesis-free moral standing that has been predetermined by his deep and complex nature as well as by the uniqueness of his epoch. The philosophy of man and of the world, the inner doubts concerning the future, the contradictory opinions on his contemporary environment and on the principal ideological disputes and discussions led Shchedrin to his specific, unrevealed and barely visible through his cryptography attitudes toward the past, the present and the future of Motherland and the people; to the attitudes that were necessarily aimed at the eternity and conversant in faith. Applications/Improvements: The results of the study can be used for further theoretical research investigations of the peculiar stylistic features of M. Y. Saltykov-Shchedrin’s writings.

Objectives: The main objective of this study was to analyze the tribological behavior of aluminum alloy reinforced wi...

An Efficient Transform based Low Rank Tensor Completion to Extreme ...

Objective: To propose an optimization approach in recovering of the corrupted tensors in the high dimensional real ti...

The kinetics of oxidation of cinnamic acid by BPCC in aqueous acetic acid (50%-50% v/v) in the presence of sulphuric ...

Ultimate proof of energy theory of matter and cosmology: ‘Theory ...

A new theory ‘Theory of everything’ is being proposed. This article should be sufficient proof for correc...

Background: Research shows that the health care cost per capita have grown 2.4 percent faster than the gross domestic...

Deterioration rate is assumed as uncontrolled variable but through preservation techniques the deteriorating nature o...

Travelling Salesman Problem (TSP) is a very old problem which has been solved in so many methodologies. The solution ... 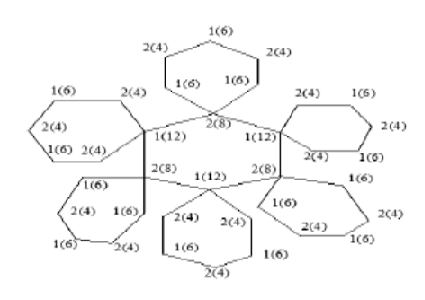