Objective: To present a reasoner based on the hybrid approach which integrates the Description Logic (DL) reasoner with Rule Logic (RL) based reasoner for optimizing the reasoning process in ontology’s. Methods/Statistical Analysis: The idea here is to integrate the capabilities of both atomic reasoners. This hybrid reasoner will first load the ontology and make this ontology active; it will then separate the Terminological axioms (Tbox) from the Assertion axiom (Abox). It will thus call the Description Logic (DL) based reasoner for Tbox reasoning which will perform reasoning by classifying and realizing the elements of a given ontology. Afterwards it will upload the rules set for performing Rule based entailments. It will thus perform the assertion reasoning based on rules set and the given axioms. Findings: This approach integrates the effective and efficient inferencing capability of a DL algorithm based reasoner with the scalability of rule based reasoners. The experimental research shows that by following the hybrid approach the entailments can be made more efficient and scalable as compared to the other reasoners. This framework was successful in performing the Tbox entailments by calling the Pellet reasoner and it achieves a faster execution of Abox queries through the use of Generic Rule Reasoner of Jena Framework which perform the entailments in the RDF Schema and the rule set. This approach enriches the reasoning task in two ways first it separates the two schemas of any given ontology and secondly it handles the memory more efficiently. Applications: This framework gives us an efficient way for performing entailments in any kind of ontology whether it is a simple ontology or ontology based on OWL2 profile languages.

Kothari et al., A Hybrid DL and RL Based Reasoner for Optimum Entailments in Ontologies.Indian Journal of Science and Technology. 2017: 10(23);1-6

A Mobile Ad-Hoc Network (MANET) consists of a number of mobile nodes that are connected dynamically without any infra...

Objectives: Commonly, agriculture in many areas of the world represents an example of fields that are affected hardly...

Mining user Message Pattern for Suspicious Behavior on Terrorism us...

Objectives: To find an effective way to find Suspicious Behavior on Terrorism Using NLP in Social Networks with Singl...

Convective Heat Transfer and Stability of Oil –Based Nanofluid

Trends in Employee Engagement Practices in Global and Indian Compan...

Objectives: The objective of this review paper is to understand the practices adopted by various global and Indian co...

Endophytic fungi inhabiting foliage of medicinally important plants are diverse and abundant, yet little is known of ...

Tissue engineering deals with recreating, maintaining and enhancing the damaged or lost tissue/organ of living organi...

Objectives: We execute a work in a 3D setting and make projections from solid builders for 3D representations of 3D s... 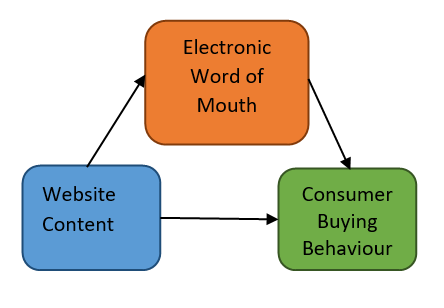 Objectives: The aim of this study was to examine the mediating role of Electronic word-of-mouth (EWM) between Website...