Background/Objective: The objective of the present study is to classify a given speech signal by using energy as a ­differentiating parameter into voiced and unvoiced components due to the fact that the voiced components have a ­higher energy than their unvoiced counterparts.

Method/Statistical Analysis: This is accomplished by dividing the speech ­signal into frames and by computing the short time energy of each frame. The recorded speech signal is segmented and then the energy component of these frames are obtained and then classified into voiced and unvoiced components. The ­current ­protocol involves 44 subjects, both males and females of no known vocal pathology. Predefined set of words, both in Kannada and English were recorded in a noise proof environment which was then separated into voiced and unvoiced ­components using MATLAB tool.

Application/Improvements: Such an approach can further be useful in various speech processing as well as speech recognition applications.

Saurabh V Raut, et al., Classification of Sex based Speech Differentiation in Healthy Human Beings based on Voiced and Unvoiced Components.Indian Journal of Science and Technology.  2017: 10(1);1-7

Objectives: The adaptability of the Wavelet Matched Filtering which uses wavelets along with Fourier transforms is ap...

Validation of a Three-Phase Cascaded Multilevel Inverter based on N...

An Application of Non-Uniform Cellular Automata for Efficient Crypt...

One of the core issues for robust cryptographic systems is to deal with the rate of diffusion and distribution of key... 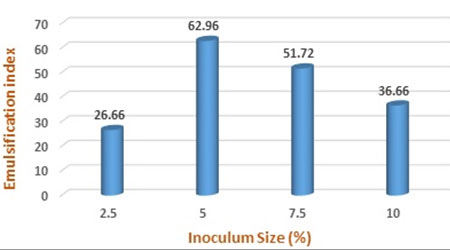 Some researches for inverted pendulum-type mobile robots have been presented in many articles. In this paper we prese...

Web Designing is one the major concern by all the industrialists and business people. There are many technologies use...

Succession of States Mathematical Algorithm for Incorporation of Un...

In modern days diesel/petrol theft of vehicles, which has been parked outside the office/home, is quite common. In th...