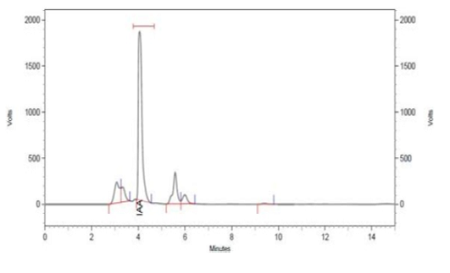 Objectives: The present comparison investigation determines the synergistic effects of employing Plant Growth Promoters [Spirulina platensis and organic fertilizer (Panchagavya)] in a waste land soil bag containing Vigna radiata seeds. Method: Soil from the waste landfill were collected and stored for the experiment. The plants were cultivated in experimental pots (Control, A, B, and C groups) using waste land soil supplemented with PGP [Plant growth promoters] in volume separately. Group A was treated with Spirulina platensis. Group B was treated with Panchagavya. Group C were treated with the consortium (Spirulina platensis + Panchagavya). Control Pots were treated only with water. The crop’s growth characteristics were measured after 14 days. Biomass production [Phosphorous], and phytohormone quantification were done. The relationship between various growth and yield were determined using Pearson’s correlation coefficients. Results: Overall growth and physiology of Vigna radiata were significantly influenced by the addition of PGP in Consortium. The available phosphorus status of the soil is 40 kg / ha, after consortium treatment. Significant positive correlations of grain yield were observed with consortium (r = 0.716; p < 0.05) while non consortium showed comparatively weaker correlation, microalgae – Spirulina platensis (r = 0.448; p > 0.05) and panchagavya (r = 0.407; p > 0.05). As a result, using biofertilizer in a consortium mode will be an effective strategy for maintaining biomass production in an alkaline environment or in wasteland management.

© 2021 Jagathy & Lavanya. This is an open-access article distributed under the terms of the Creative Commons Attribution License, which permits unrestricted use, distribution, and reproduction in any medium, provided the original author and source are credited. Published By Indian Society for Education and Environment (iSee)

Evaluation of phytochemicals in select medicinal plants of the Caes...

A comparative study of phytochemicals was made on leaf extracts of two herbal plants- Caesalpinia pulcherrima Swartz ...

Search for antihyperglycemic activity in few marine flora and fauna

Evaluation and identification of some new natural molecules with antidiabetic property have become one of the major p...

Assessment of Traffic Noise and Development of Noise Models for Nat...

Background/Objectives: Traffic noise pollution is a major concern of the societies residing near the busy National hi...

Background/Objectives: The research is aimed at studying the effect of the pastureland use routine on altering the in...

In this study, a survey was conducted to examine the relationship among smartphone addiction tendency, depression, ag...

Design of PV/Wind Hybrid System with Improved Control Strategy for ...

Many villagers in East Malaysia are still depending on diesel generator as their electric source. Due to the high tra...

Accidents on road are very common these days with most of it are caused by driver behavioral pattern. Driver fatigue ...

Background/Objectives: The community overlapping is the process by which number of nodes within the mesh network shar...

Background/Objectives: For efficient PhotoVoltaic (PV) power generation, computing and information technologies are i...