Objectives: To design a control system for DC-DC boost converter based on lyapunov stability theorem that fulfills all control purposes. Methods/Statistical Analysis: A DC-DC boost converter is controlled using switching function extraction method based on lyapunov stability theorem. Switching function extraction is a proper method to control switching devices such as DC-DC converters. At first state-equations of the system are obtained from large signal averaged model of the system. After that, fundamentals of lyapunov theorem are applied to state equations that lead to the calculation of switching function by which the converter is controlled. Findings: Using the presented method in this paper based on lyapunov theorem makes the converter system remain stable in all operational conditions. Also, it is shown that using proposed system for controlling DC-DC converter; state variable tracks its reference with an acceptable response. The current controller is also compared with conventional PI controller and it is observed that lyapunov based controller operates better in many ways. By using this controller stability of the system is guaranteed and when there is a sudden change in the reference of state variable, the state variable tracks down and corresponds with the new value. Application/Improvements: This controller can be used in all kinds of DC-DC, DC-AC and other kinds of converters. It is also applicable to all switching devices such as switching power sources.
Keywords: Converter, Control, DC-DC, Lyapunov, Stability 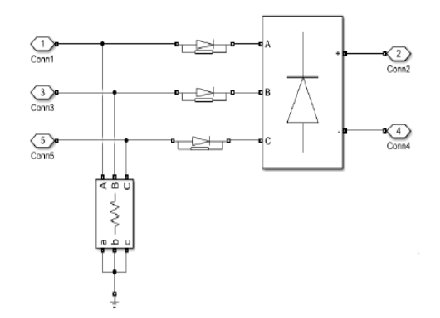 Operation and Control of the Distributed Energy Resources to Improv...

An Empirical Analysis on Quality of Service(QoS) in Cloud Computing

Background/Objectives: To analyze the Quality of Service in Cloud Computing and improve its services in the cloud env...

Post Editing System is an important module for improving the translation accuracy of any Machine Translation System. ...

The Efficiency of Multiple Imputation and Maximum Likelihood Method...

Even the prime advantage of Sinusoidal Pulse Width Modulation (SPWM) technique is having an assortment of performance...

Integration Testing Prior to Unit Testing: A Paradigm Shift in Obje...

Objectives: The main objective of the paper is to investigate the paradigm shift in software testing with hypothesis ...

Performance Evaluation of STHT based Phase Vocoder for Hearing Impa...

Objectives: The performance of hearing aid largely depends on its ability to enhance the quality of speech. The objec...