Background/Objectives: Grid connected inverters are widely used to integrate renewable sources into the grid. The suitable power quality is required which can be either achieved using active or passive filters. This paper focuses on second order passive filters such as inductor capacitor (LC) and LC inductor (LCL) which can be used to attenuate harmonics for grid connect inverters. Methods/Statistical Analysis: To overcome the resonance of LCL filters passive damping6–8 or active damping can be used. Active power filters are more expensive because of sensors and control systems additional cost. Passive damping strategies due to simple circuit and low cost are more favored. A LCL filter equipped with series or parallel resistor with a capacitor forms a LCL filter with damped resistor Addition of resistor to filter circuit will cause an increase in power losses. The peak resonance of LCL filter depends upon the value of resistor so select a value of resistor which decline peak resonance of filter. Findings: At resonance frequency they have some issues related to stability. LCL filter can be equipped with damping resistor but there are some power loss and introduction of voltage, current harmonic. Mathematical characteristics of passive filters such as LC, LCL, LCL with series resistor and LCL with parallel resistors are discussed in terms of effectiveness and stability in this paper. Application/Improvements: It is very useful for industrial application and power electronic converter.
Keywords: Capacitor (C), Grid Voltage (Ug ), Inductor (L), Inverter Voltage (UInv)

Smart Power Monitoring and Control System through Internet of thing...

Background/Objectives: Lack of resources established in the present world is initiating everyone towards energy effic... 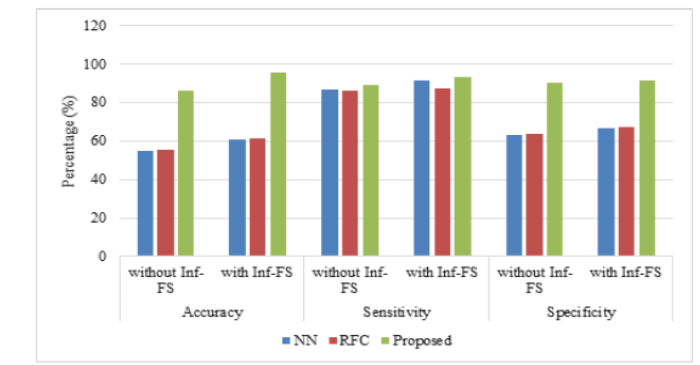 Background/Objectives: The main objective of this work is to obtain an efficient brain tumor image retrieval and clas...

Objectives: To provide a secured and efficient solution for end users to access their personal files in the cloud ser...

An Effect of Attitude toward Body Image of Adolescent Dance Majors ...

Background/Objectives: The present study was aimed to examine an effect of attitude towards body’s image of dan...

Investigation of the Acceptability and Effectiveness of Academic Po...

Objectives: To evaluate the Acceptability and Effectiveness of Academic Podcasts in Science, an experiment was carrie...

An Efficient Transform based Low Rank Tensor Completion to Extreme ...

Objective: To propose an optimization approach in recovering of the corrupted tensors in the high dimensional real ti...

Objectives: The paper studies the removal efficiency of Ammonia-nitrogen from leachate by a chemical method named &ld...