Nuclear reactor for power production which can directly consume natural Uranium has some advantages, e.g., no necessity to bult enrichment plant which may drive controversy such as in the case of Iran. CANDLE and Modified CANDLE type reactors are an example of Nuclear Power plant which can directly consume natural Uranium in its fuel cycle. In this study the preliminary analysis of start-up process of modified CANDLE burn-up scheme based long life Pb-Bi Cooled Fast Reactors has been performed. The basic strategy is to put different plutonium content in each core regions by considering its equilibrium plutonium content in each region. The system then is started as a Modified CANDLE reactor system until relatively stable cycle obtained. The calculation has been done by using SLAROM, SRAC, and FI-ITB CH1 system codes. Two dimensional multi-group diffusion and burn-up calculation has been adopted during simulation. As results, the start-up scheme of several Modified CANDLE core with power level of 1150-1350 MWt have been performed. In this case LWR plutonium is used to initiate the MCANDLE reactors. The simulation results show that the system can work well with maximum excess reactivity of 3% dk/k
Keywords: Breeding, Burning, Burn-Up Level, Iterative Calculation, Plutonium Content, Shuffling Strategy

Energy Forecast Mobile Application for Smart Panel via Bluetooth us...

Objectives: The main objective of this paper is to develop an android application that communicates with a smart mete...

Background/Objectives: The most image watermarking techniques has nearly always been implemented in red, green and bl...

Objectives: To provide approaches for effective Hindi-to-English Machine Translation (MT) that can be helpful in inex...

Objectives: The aim is to replace the current shaft encoders with a non-contact and cost effective optoelectronic typ...

Information security and data protection is the key topic of discussion in this research paper. This provides the imp... 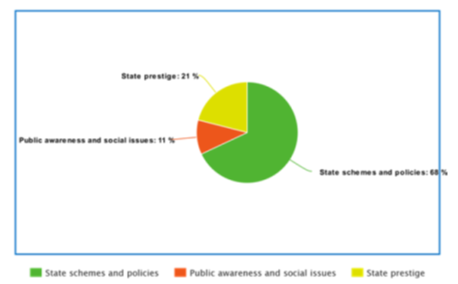 Prevalence of Human Malaria Infection and its Transmission Pattern ...

Objectives: To quantify the prevalence of Plasmodium species and transmission patterns of human malaria in the highla...

Background/Objectives: To identify the risks associated to the size estimation of E-commerce systems with the help of...