Background: Today’s developing era data and information security plays an important role in unsecured communication between Internet of Things (IoT) elements. As the technologies are developing huge amount of information are exchanged with each other which increases the demand of a secure encryption standards.

Objectives: To protect the information transmission between nodes in the perceptual layer of IoT, security is to be enhanced such that the Men in Middle (MIM) attack of information by intruders in the communication link is not possible.

Methods/Statistical analysis: The security method is implemented using the concept of symmetric, asymmetric and hash algorithms between the sender and receiver. Elliptic Curve Cryptography (ECC) is performed for encrypting and sharing the Advanced Encryption Standard (AES) secret key between the sender and receiver. Elliptic Curve digital signature are added with the encrypted data for validation in transmission. Secured Hash Algorithm (SHA) is considered for generating Elliptical Curve Digital Signature Algorithm (ECDSA). All the algorithms are combined to enhance the security.

Findings: Elliptic Curve Cryptography is generally applied for encrypting and sharing the secret key between the sender and receiver when Advanced Encryption Standard is used for encryption/decryption of data. A highly efficient architectures for asymmetric key encryption is applied with symmetric key encryption for encrypting the data transmitted between the devices present in the perceptual layers in the IoT. Due to security issues NIST selected SHA-3 Keccak-f[1600] algorithm. An authentication process based on ECC is applied to perceptual layer involving initialization and authentication phase apart from encryption and signature generation. Sender combines the encrypted data and key with signature together before transmitting to the receiver. The receiver verifies the signature and decrypts the key and obtains original information. Hence it is very difficult for the man in middle to access the information exchanged between the Perceptual Layer devices.

Application/Improvements: This generally doesn’t require an innovative technique but an approach to develop the method implemented successfully in the perceptual layer of Internet of Things. The key is encrypted and decrypted using a novel ECC algorithm with improved ECDSA.

Kamalakannan and Tamilselvan, Design of Secured and Intelligent Architecture for Security in Perceptual Layer of the Internet of Things. Indian Journal of Science and Technology. 2017: 10(1);1-9 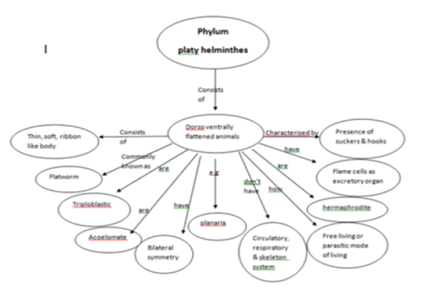 Demystifying the Role of Language in representing students’ under...

Aims: To explore the role of language in the representation of students’ understanding of concepts in the oral ...

An accurate and reliable electric load forecasting model is very essential for efficient and effective operation of t...

Mediating Role of Customer Satisfaction in the Mid-Market Hotels: A...

Objectives: The present study attempts to investigate the impact of quality-value proposition on loyalty outcomes (i....

Research on the Self-Sufficiency of Traditional Performing Arts Org...

Objectives: To deduce the characteristics of public support, and investigate the relationship with the self-sufficien...

Objective: The study attempts to explore the perception and understanding of research supervisors regarding the stren...

Modeling of the heat flux generated during machining is of significant importance in order to understand its effect o...

Semantic cluster based Search in UDDI for Health Care Domain

Some New Graceful Lobsters with Pendant Vertices with Central Paths

The objective of this article is to give graceful labeling to some new classes of lobsters in a bid to resolve the th...