Background/Objectives: Studies on the field of automatic sleep stage classification have been taking more attention of researchers day by day. Noise in the recordings, nonlinear dynamic feature of EEG signals and some other reasons affect the performance of proposed systems in negative manner. Methods/Statistical Analysis: Sleep can be divided five main stages as Wake, Non-REM1, Non-REM2, Non-REM3 and REM. Almost every proposed method can successfully classify some evident stages like Non-REM2 and REM. But when it comes to the transitions between stages, the systems are not very good in their performances. Thus a different classification strategy was proposed in this study. Five different classifiers were designed especially for transitions between stages using time domain features of EEG, EOG and EMG signals and evaluated these features for each classifier. Sequential backward feature selection process was applied in each classifier to find out which features are dominant in each classification procedure. Artificial Neural Networks was used in designed classifiers. Findings: The highest classification accuracy was obtained as 91.03% for Classifier-3 which predicts stages coming after Non-REM II. The lowest accuracy was recorded as 75.42% for Classifier-2 in which stages are determined after the Non-REM I epochs. Comparatively good results were reached especially if it is taken into account that only used time-domain features of signals. Application/Improvements: The obtain results show that the designed classifiers can be used in automatic sleep staging system, confidently.
Keywords: ANN, Automatic Sleep Stage Classification, EEG, EMG, EOG, Feature Selection

Experimental investigation of the influence of burnishing tool pass...

The process of burnishing is performed by applying a highly polished and hardened ball or roller with external force ...

Objective: Tamil Nadu is leading in installation of drip irrigation system among the various states of India The stud...

The Exploration of Bacteria Having Bio control Ability against the ...

Objective: To findout the existence and diversity of bacteria having bio control ability against Globodera rostochien...

The Continuation and Variation of Ghost Images with Korean College ...

This paper is about the continuation and variation of typical Korean ghost image, Kushin and Dokkaebi, Korean college...

Background/Objectives: This paper is motivated by recent evidence that the relation between Korean Won-US Dollar exch...

Effects of Work Environment and Resilience on Job Satisfaction and ...

With a consistent increase of juvenile criminal recidivism, restorative justice tends to emerge as a new paradigm in ... 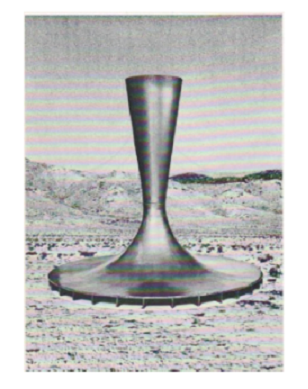