Objective: In this article, the effect rate of speed and volume of traffic on occurrence of PDO crashes on urban highways are investigated using Fuzzy Bayesian inference and PDO accident data of Tehran urban highways is used as case study. Methods/Findings: To fuzzify the variables, values of turning points of Triangular Membership Functions (TMFs) are estimated using Bayesian inference and MCMC algorithms. To produce rules in each model, one or more variables are deemed effective in occurrence of crashes. The evaluated frequency of crashes by developed models is compared with the frequency of observed crashes. The results of comparison represent the accuracy of each model. The model with highest value of 2 is the best model and the variables deemed effective for that model are those which have got effect on crashes occurrence. The results of comparison between the effect of elements of traffic volume indicates that after speed, volume of Light non-passenger car Vehicles (LVs) is more effective than volume of Heavy Vehicles (HVs) and Passenger Cars (PCs) on crashes occurrence on urban highways. After that the part of volume of PCs is more prominent than volume of HVs in likelihood of PDO accident. Application: After prioritization of variables in terms of influence on occurrence of crashes, the authors employed the model best fitting the data with highest value of goodness of fit to do the sensitivity analyze. Sensitivity analyze specifies the effect rate of each variable on occurrence of crashes. 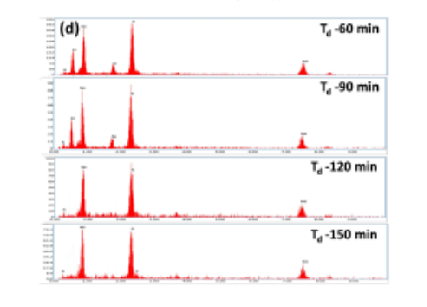 Effect of Deposition Time on the Properties of NiS Films Prepared b...

Objectives: To study the influence of deposition time on the physical behavior of NiS films formed by chemical bath d...

Background/Objectives: Time series is a significant type of data, widely used in diverse application such as financia...

Design of Smart Positioner for a Control Valve to Optimise Backlash...

Objectives: The image forgery detection is the technique in which pixels are marked in the image, which are not simil...

A Study on Bio-Inspired Metaheuristics for Solving Vehicle Routing ...

This paper aims to present a brief survey on Vehicle Routing Problem (VRP) and its variants with different Bio-inspir...

Experimental Investigation of SS-304 by using Orbital Welding with ...

The objective of the present study is to determine the incidence, clinical features, bacteriological pattern and anti...

The advancements made in the Information and Communication Technologies (ICT) has increased the number of social user...