Objective: Technology trend are one of the most important to use the bulky on-chip memories such as level-2 (L2) and level-3 (L3) cache. In this paper, Non-Uniform Cache access Architectures (NUCA) has been used in order to decrease the effects of the high access latencies. For the systems which operate at high frequency, the latencies of such caches are conquered by wire delays. Methods: In this architecture, several banks are partitioned and which is connected to the controller through switches and links. This larger cache memory increases overall wire delays across the chip due to very bulky latencies. The majority of the access time will not absorb them self and that occupy in the routing to and from the several banks. The predictable lower-level caches have the best ever access time among the entire the sub arrays, although such uniform cache access don’t make the use of differences in latencies of the entire sub arrays. Findings: Hence there is a necessitate for non-uniform cache architectures where the cache memories is broken down into several banks that can be analyzed at dissimilar latencies and resulting in diminish of energy and power consumption. Applications/ Improvements: An experimental result shows the comparison of NUCA and UCA using SRAM/MRAM in terms of power and energy

Ignition Characteristics of a Burner with 2-Level Combustion Spaces

Objectives: Since incineration of livestock excretions generates pollutants as necessity, it is important to develop ...

Background/Objectives: The development of IT medical technology has formed the environment where the effective manage...

Generating A Digital Signature Based On New Cryptographic Scheme Fo...

This paper analyzes the computer security of systems and importance of the digital signature and hashing message algo... 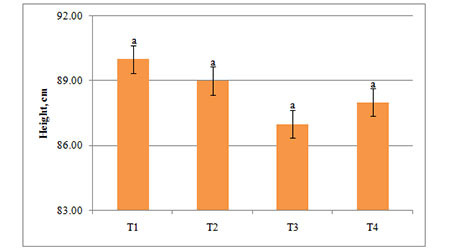 Assessment of the organic-based system of rice intensification (SRI...

Objectives: The effects of different levels of organic fertilizers on the growth and yield of rice were investigated ...

To Patent or Not to Patent? Case of the Korean Industry

Innovation is one of the important drives for the reinforcement of companies’ growth and competitiveness. With ...

Objective: The main intent of this research is to improve the quality of service in Wireless Mesh Networks by reducin...

The Coagulant Activity of the Seeds of Psidium guajava L. and the E...

Water is fundamental in all ecosystems and indispensable for different biological processes: anthropic processes have...