Objectives: This paper proposes an Energy Efficient ARABIC Unicode Reader design on FPGA. Methods/Statistical Analysis: Two types of energy efficient techniques such as Frequency Scaling and FPGA technology scaling have been used to make the device energy and power efficient. In the frequency scaling technique the frequency of device has been varied from 1MHz to 1THz; whereas, in FPGA scaling technique the power consumption of the device at two FPGA technologies(Artix-7 and Virtex-6) has been compared in order to identify the most energy efficient technology at least power consumed frequency. Findings: In this Unicode reader, results have been analyzed using X Power Analyzer. Different types of tables have been created for different range of frequencies showing different power dissipation values. It has been observed that 99.67% of total power can be saved in case of Artix-7 while operating the device at a frequency of 1MHz instead of 1 THz and in case of Virtex-6 98.5% of total power can be saved while operating the device at a frequency of 1MHz instead of 1 THz. So it has been concluded that more amount of power has been dissipated in case of Virtex-6 FPGA technology in which the length of channel is 45nm in comparison to Artix-7 in which length of channel is 28nm. Also it is advisable to operate the device at a low range of frequencies in order to have less power consumption. Application/ Improvements: Conclusions drawn from the analysis will be helpful in making the device more power efficient as compared to the existing ones. It comes out to be a step towards Go-Green Mission in order to serve the humanity.

Objectives: The primary objective of the paper is to propose an optimized data extraction technique to obtain data fr...

The trinity model of the universe: A hypothetical construct for uni...

Training a Tutor at College for an Underfilled and Nomad School of ...

Background/Objectives: Article describes the best practices in the development of an educational program for the teac...

Prevalence of Metabolic Syndrome in University Students in Korea

This study was carried out to identify the prevalence of metabolic syndrome and its associated factors in Korean univ...

Background/Objective: The objective of the current investigation was to distinguish the impact of six weeks of combin...

To Study the Effect on the Viscoelastic Properties of a Mineral Bas...

The lubricants are most important component of any moving machinery system which helps to reduce the friction and thu...

Various Methods for Removal of Dyes from Industrial Effluents - A R...

Objectives: To explore most suitable and efficient method for the removal of dyes from textile effluent. Methods/ Sta... 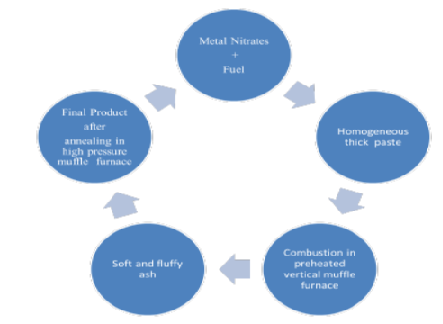 Objectives: To synthesize a phosphor of more intense, high color purity, and to last longer. Methods: We have synthes...

Background/Objectives: With the idea of enhancing the capability and effectiveness of decision making while dealing c...