Objective: The main objective of our work is to use the interpolation based approach for the prediction of the time for which the active link will be available for the ongoing transmission of the packets containing information from the initial hub to the final destination hub. By using this interpolation method the performance of the routing protocol has been increased. Method Analysis: In our research we are using 3rd ordered newton's divided difference mathematical model for the estimation of the link failure time, so that prior to failure of link the message is divided through alternate path or local route repair is initiated. Findings: By applying the proposed algorithm with AODV routing protocol various quality of service parameter are calculated and compared with the previous proposed algorithm. From the results it has been concluded that the proposed algorithm gives better result in terms of performance gain of the routing protocol. It has been seen that throughput of the network increases with the use of this algorithm and also the various other parameters. The estimated time for link failure is more precisely measured, as a result of which the route recovery can be done in advance. Improvement: In our work we have proposed an algorithm that will be an improved version of previous existing algorithm. By the use of this algorithm performance has been enhanced incredibly.

The Form of Scientific Papers in Online Historical Journals

The purpose of this research is design of an online form for publication allowing reading, editing and distributing p...

Vibration Analysis of Circular and Annular Plate under different Bo...

A Mobile Application Development Tool based on Object Relational Ma...

With the rapid growth of mobile application market for smart device users, an efficient development tool for mobile a...

Background/Objective: The main objective of this work is to reduce the load balancing problems and problems like froz... 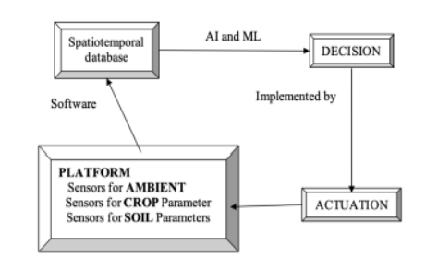 Background/Objectives: In India the largest population falls under rural category. People from rural areas have exper...

Internet of Things and its impact on Business Analytics

Objectives: To study the Impact of IoT data on Business Analytics. Methods/Statistical Analysis: An exploratory resea...

Background/Objectives: The review techniques for obtaining of 111 In and preparation of indium [111In] chloride, expe...