Objective: Fusion of heterocyclic ring system of the pentacyclic triterpenoids at position 2 and 3 of the steroidal nucleus has been found to afford chemically useful compounds. Method/Analysis: Lupeol (I) was used as the starting material to carry out a transformative reaction to introducing oxadiazole moiety to ring A of the triterpenoid which was identified as lupan (2,3-C) 1′,2′,5′-oxadiazole (VI). The structures of the compounds were established based on spectroscopic (UV, IR, NMR) analysis. Finding: The derivative of the pentacyclic triterpenoid obtained has been selected for their antibacterial, fungicidal and Phytotoxicity at different concentration with respect to parent compound and found oxadiazole derivative almost at all concentration give better result compare to parent compound. Despite their widespread existence in the vicinity and their direct and indirect defensive activities, systematic study regarding their biocidal activity has not been attempted sufficiently. Since limited chemical work has so far been attempted on pentacyclic triterpene skeleton so there is a possibility of ample opportunity to study the effect of number of reagents on them. Novelty/Importance: These investigations not only enrich the triterpene chemistry but at the same time may yield a number of very useful pharmacologically important derivatives.

Rasul. Extraction and Transformative Reaction of Triterpenoid and Comparison of their Biological Activity. Indian Journal of Science and Technology. 2019;12(5):1-7

Objectives: This article presents the results of simulations that describe the simultaneous effect of tangential stre...

Objectives: There are several applications where even a temporary power failure can cause a great deal of public inco...

A Study on the Establishment of Policing Governance by Utilizing Bi...

Background/Objectives: This study is to confirm the possibility of crime prevention and response by analyzing crime d... 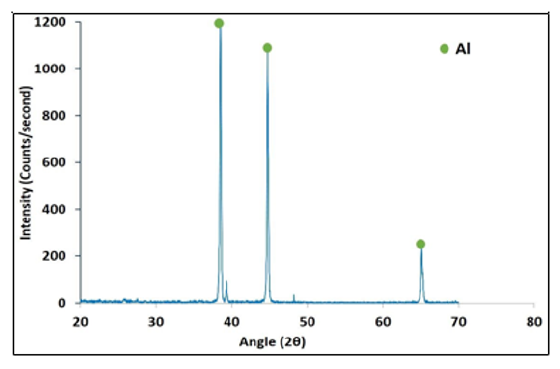 Objective: To synthesize and evaluation of wear behavior of mica. The effect of mica, fly ash and red mud particles r...

Background/Objectives: In the fast growing manufacturing world, the main aim of the manufacturer is to make good qual...

Objectives: The main objectives of this research work are to propose a new green based model for the Software enginee...

A Smart Automated Embedded Based PCB–Bare Board Testing Machine D...

Objectives: This paper proposes the new idea of intrusion detection system to improve the security in mobile adhoc ne...

Designing of a Fractal Annular Array Antenna with use of Power Div...

Objective: The prime objective of the proposed work is to design a single antenna on low cost FR4 substrate that will...

Objectives: This article focuses on improving the convergence rate and reducing the number of operations used to trai...