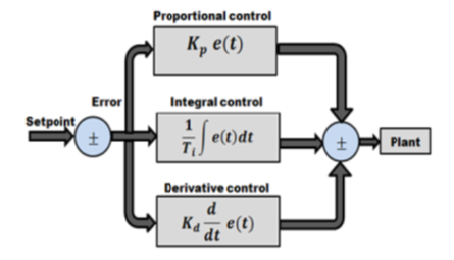 Abstract Background/Objectives: PID controllers are widely used in different industrial appliations especially in achieving stable speed control of DC motors. Hower, due to their limitations, most often other methods like Sliding Mode controller, or fuzzy based controller are used. Since the Fuzzy controlers are more adaptive to non-linearity. This study is to analyse a fuzzy-based speed control scheme for tuning/adusting the performance of PID controller for the purpose of speed control of DC motor under the load condition. Methods/Statistical Analysis: Because of low precision and slow response in different control schemes, a performance comparison is shown between three different control approaches for the DC motor speed control. MATLAB’s Simulink platform is used to realize DC Motor and to implement the PID, Fuzzy and Fuzzy-based PID controllers to run the DC motor on the desired speed. Fuzzy controller is based on very few rule & performance is analyzed considering the load. Findings: The performance of three controllers is evaluated in terms of transient domain characteristics like Percentage overshoot, settling and rise times and percentage error under load (2000 rpm). The PID controller has the highest overshoot and hence a faster rise time while FLC has significantly reduced the overshoot, therefore causing rise time to increase. For the Fuzzy-PID controller the percentage overshoot has almost vanished. The rise time also decreased as compared to the FLC. The simulated controller’s responses confirm that Fuzzy-based PID controller has better performance comparing to independent PID and FLC controllers. Novel/Applications: In this work, the design of an intelligent Fuzzy-PID controller for the speed control of the DC motor with reduced complexity and a faster response using with minimum number of Fuzzy rules producing more optimized performance is presented. The design of a control strategy that has capability to control nonlinear behaviors and to stabilize the performance of linear systems specially to provide optimized performance for speed tracking system which is an important aspect in real time system design.

© 2020 Kaloi et al..This is an open-access article distributed under the terms of the Creative Commons Attribution License, which permits unrestricted use, distribution, and reproduction in any medium, provided the original author and source are credited. Published By Indian Society for Education and Environment (iSee).

We are all in the labyrinth of our own making, crying for help, to be rescued, to be set free. The distressed SOS cal... 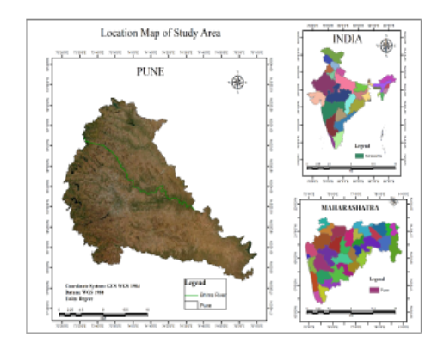 Objectives- A flood is a strangely high stage in a river generally, the level at which the river overflows its banks ...

Background: One of the key considerations in the topological design of a network is the fault tolerance and survivabi...

Today, The Computing architectures are one of the most complex constrained developing area in the research field. Whi...

Background/objectives: The major contribution in very large scale integrated circuits is given by System on Chip (SoC...

Studies on the effect of ethanol addition to biodiesel: Performance...

The interest on alternative fuels is continuously increasing to meet the growing energy needs and protect the environ...