Mobile Ad-hoc NETwork (MANET) is a collection of mobile nodes that communicate with other node without any defined network. The node which decline to share its resource with other nodes is a selfish node. The main idea of selfish node is to drop the data packets and preserve the resource for its own use. The co-operation between the nodes is not guaranteed when the node behaves as selfish nodes. Most of the existing techniques use cryptographic algorithm such as Message Authentication Code (MAC), Rivest Shamir Adelman (RSA) etc, in identifying the selfish node. All of those techniques are take more time to find out the selfish node behavior. This paper applies hash function to identify the misbehaving node. The Hash function is a technique used in the Route Reply (RREP) to authenticate the message, which works in an efficient way. The result shows the better performance in terms of packet delivery ratio up to 70% and time delay has been reduced up to 80% compared to the existing Dynamic Source Routing (DSR) protocol.

The objective of the study is to design a heuristic supervised learning algorithm, that locates Intrusion and improve...

Web Development in the GCC from an HCI and a Globalization/Customiz...

Objectives: This research aims to evaluate the Websites of companies in the (Gulf Council Cooperation Countries). Met...

Cache memories are revealed to transitory error in tag bits and some of the efforts have been taken to decrease their...

Objectives: To determine the relationship among Price Index Received by Farmer (PIR), Price Index Paid by the Farmers... 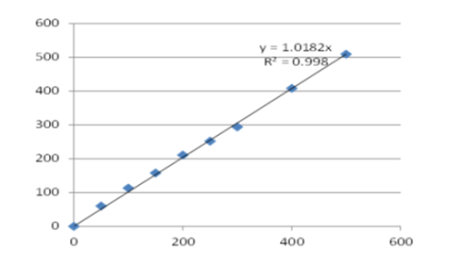 Validation of a Modified Procedure for the determination of Chemica...

A Study for Potential Identification used for any Academic Institut...

Association’s data is the principle resource for any overseeing body. In light of every day operational activit...

A new method in determining the degree of similarity using symbols ...

A lot of researches have been done about image processing these years. One of the most widely used fields is face rec...

This paper presents the entropy generation and pumping power for developing forced convection in a confocal elliptica...

Objectives: To increase the hydrodynamic efficiency of horizontal axis hydrokinetic turbines from the implementation ...