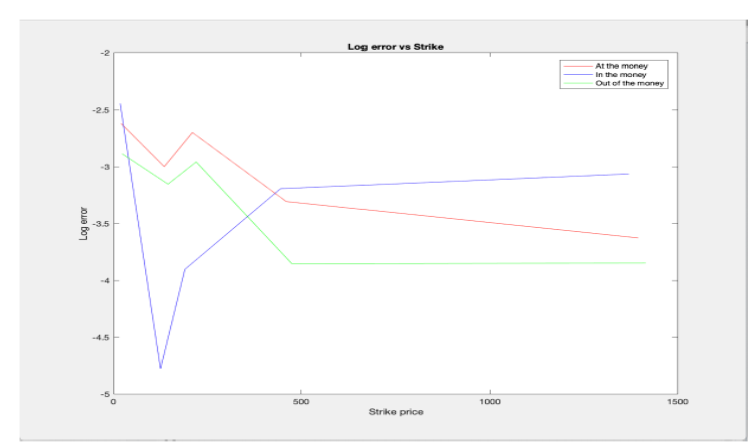 Implementation and validation of a closed form formula for implied volatility

Introduction: Implied volatility is one of the most commonly used estimator to predict future stock market behaviours. Accordingly, millions of option prices are used to compute the implied volatility in the stock market frequently. Traditionally, this is calculated by inverting Black-Scholes option prices with iterative numerical methods but this associates high computational cost. Objectives: This research was mainly focused on implementing and validating an explicit closed-form formula for the implied volatility by using market observed call option prices. Methods: In order to obtain the explicit formula, the Taylor series of the Black-Schole call option price with respect to the volatility around a pre-determined initial value was obtained using the operator calculus and the Faa’ di Bruno’s formula. Taylor series of the implied volatility was acquired using the Lagrange inversion theorem. Here, all the coefficients were explicitly determined using known functions and constants. Findings: The developed equation was tested using real time market call option prices with the corresponding market listed implied volatilities for options were used as the initial values. Numerical examples illustrate a significant accuracy of the formula. Novelty : It is a closed form formula where the coefficients are explicitly determined and free of numerical iterations making it suitable for industrial implementations and adaptation.

© 2020 Keshan & Wijerathna.This is an open-access article distributed under the terms of the Creative Commons Attribution License, which permits unrestricted use, distribution, and reproduction in any medium, provided the original author and source are credited. Published By Indian Society for Education and Environment (iSee).

Background/Objectives: The internet has given rise to innovative ways of conducting business. The present study attem...

Background Objective: Lattice has been used in mathematics in 18th century. Modular lattice is one of the most import...

Objectives: In this paper, machine learning approach, grounded on vibrations, has been used for helical gear box and ...

Soil Respiration for Four Vegetation uses in the University of Sucr...

Objectives: To determine the annual rate of Soil Respiration (SR) in different vegetation uses in the University of S...

An Overview of the System of Rice Intensification for Paddy Fields ...

Objectives: To present a general overview of rice agronomic practices and transplanting operations by considering the...

Objectives: In this modern era of technology, the learning methods are changing drastically and Augmented Reality (AR...

Background/Objectives: Studying product dumped import practices is topical as it is vital to defend the Eurasian Econ...