Background/Objectives: Aspartame is a synthetic sweetener used as an alternate for sugar in food and beverages. Many research observations and findings have related to adverse health effects of aspartame. The medical symptoms include severe headache, giddiness, gastrointestinal and psychological disturbances. In the present study we have evaluated the genotoxicity of aspartame in two animal models; Drosophila melanogaster and Danio rerio. Methods: In the present study we have evaluated the genotoxicity of aspartame in two animal models; Drosophila melanogaster (Phenotypic analysis and DNA fragmentation assay) and Danio rerio (Embryo toxicity, Fin regeneration and DNA fragmentation assay). The flies and fishes were exposed to 4 concentrations of aspartame (500 mg/ml, 250 mg/ml, 125 mg/ml and 62.5 mg/ml). An important aspect that was considered was to measure the sugar levels (by biochemical analysis) in flies post exposure to aspartame and the same was compared with normal sugar intake and in combinations with coconut oil, sugar and aspartame. The fact of increasing blood glucose level and cholesterol levels has been a regular complaint amongst many diabetics and the usage of aspartame has also been higher in patients with diabetes. Findings: The present biochemical assay was carried out to compare and contrast the difference in glucose levels in flies exposed to increasing concentrations of sugar, oil, aspartame and combinations of sugar+ coconut oil, aspartame+ coconut oil. The results suggested marked phenotypic changes in flies and distinct shearing of DNA on DNA fragmentation assay in both flies and fishes. The extent of fin regeneration was also found to be reduced with increasing concentrations of aspartame. Embryo toxicity assay in zebra fish demonstrated inactivity, neurological disturbances followed by death. The biochemical analysis revealed the efficiency of aspartame to decrease glucose levels in hemo lymph of flies but the presence of oil hindered the efficacy of aspartame to reduce the glucose levels. Applications: The study reflects the toxicity of aspartame and brings awareness in general public about its risk in regular usage.
Keywords: Aspartame, Biochemical Analysis, Drosophila, Toxicity, Zebra Fish

Objectives: This paper expresses a new technology of conceptual design of biosensors. The technology is according to ...

A Survey on Mobility Management Protocols in Wireless Sensor Networ...

This paper is intended to contribute towards diverse solutions of developing current issues in WSN-IP mobility manage...

Analysis of the Thermo-Mechanical Behavior of Composite Materials b...

Objective: In our previous work, we have developed and characterized a composite material based on cassava starch rei...

On the exchange property for the Laplace transform

In this paper we investigate the exchange property for the Laplace transform by using the relation between the Fourie...

Objectives: Recommendation engine is a part of information filtering system that tries to predict the ‘preferen...

Background/Objectives: The study suggests a methodology for classifying traffic situations based on the images receiv... 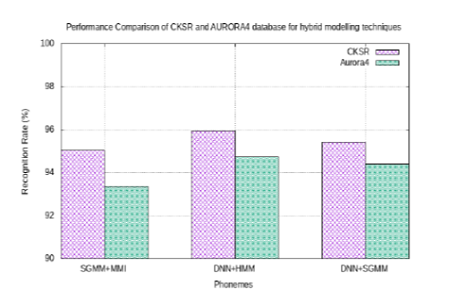 How Does Personality Link to Customer Retention? A Sequential Media...

Development of Tourism and Recreation Activities in Cross-Border Re...

This article considers the development of tourism and recreation activities in the cross-border regions of Northwest ...