Background/Objectives: This paper aims to study the sociological characteristics of gender culture, which is considered as a social inheritance program. Methods/Statistical Analysis: The methodological basis of the study consists of the fundamental ideas of theoretical sociology, comparative analysis and interdisciplinary approach. The study is based on the conceptual work and the results of studies of Russian and foreign authors dedicated to the analysis of gender, gender culture and gender stereotypes. As an empirical method, the questionnaire surveys have been used. The article presents the results of studying stereotyped statements. Findings: Based on the study methodology, it has been found that the respondents’ worldview is gender-stereotyped regarding both women and men. Some of the stereotypes about women say that they are inconsistent and capricious. The stereotype is that the woman does not necessarily need to “make a career”; the priority for her is the children and the family, despite the active involvement of women in business. Stereotypes about men include the fear to be recognized as non-professionals and the cold-bloodedness. Men are afraid of losing their masculinity. Both groups of respondents share the stereotype that men have a larger number of personal leadership qualities than the women. But at the same time, the study of personal qualities of the male leader and female leader shows that there are no differences between both groups of respondents. Comparison of the results of the study of stereotypical statements about the personal qualities of the leader and the real qualities of the leaders of different sexes has shown implicit contradictions of gender stereotypes. Application/Improvements: The obtained results are quite unique as gender culture is considered as a social inheritance program. This approach is innovative, so the results have considerable theoretical and practical importance. They not only complement the idea of gender culture, gender stereotypes within the framework of sociology, but also fundamentally change the approach to the interpretation of gender studies.

Today, with advances in semiconductor technology and the ability to interface and power electronic converters and als...

Study for Main Factors of Technology Commercialisation by its Curre...

It has become critical to establish firm and efficient networking base more and more for advanced technology commerci... 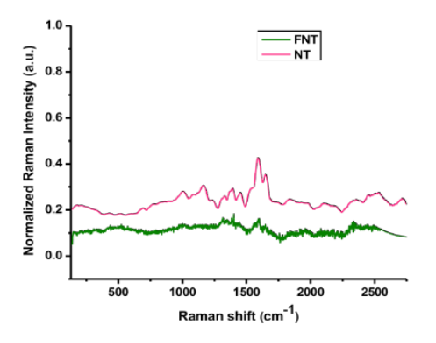 The Influence of Customer Orientation, Market Activity, and Store O...

Objectives: Timing driven VLSI routing is a challenging problem considering that the number of interconnects in today...

Background: Exergy analysis has been recognized as a feasible approach to evaluate and improve industrial processes b...

Effects of the Sensory Feedback training for Improving Postural Bal...

Objectives: This study aims to investigate the effect of sensory feedback training for improving on postural balance ...

A Study on the CEO Compensation: Focusing on the Difference between...

The objective of this paper is to explore the association between small and medium business and CEO compensation for ...