Multilevel Statcom Based on PID and Fuzzy Control

Deepthi, et al.,
Multilevel Statcom Based on PID and Fuzzy ControlIndian Journal of Science and Technology.2016;09(25):1-5

Antibacterial activity of Canavalia ensiformis L.DC seeds due to so...

The study was performed to evaluate the antibacterial activity of Canavalia ensiformis L.DC. seeds, against clinicall...

In this paper a different approach OFSTF (Origin, First, Second, Third, and Fourth quadrants) Method is applied for f...

Background/Objectives: In this paper, we explore an effective way to figure out a simple and efficient means of Secon...

Objective: This paper comprises the new way of construction and designing of mechanical roof for the controlled envir...

Membrane is an important part in fuel cell. It should have high proton conductivity and low ethanol permeability to e...

Background: Analog-to-digital converter (acronym as ADC) is an electronics device used to convert a continuous physic...

Frame Work for Semi-Supervised Clustering based on Color Constraint...

Background/Objectives: In this paper we have analyzed various issues with clustering and text mining. The collected d... 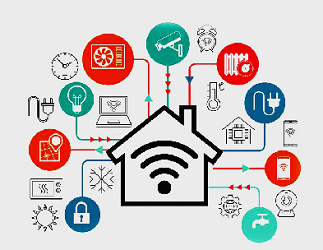 Efficient and robust security implementation in a smart home using ...

Background/Objectives: Internet of Things (IoT) is considered as a new paradigm in a computing environment. The devic...

Biochemical Changes During the Reproductive Activity in Male Sand L...

In a situation of increasing anthropogenic activities, assessing their impacts on organisms needs basic information f...