Objectives: In this study, the cost of a reinforced concrete structures containing medium ductile shear walls, which were similar in plan and height, has been optimized by the combination of Genetic Algorithm and Artificial Neural Networks. Methods: The selected structure was a 13-storey building with four types of shear walls, which was supposed to be built in Tehran. The costs estimated for this research included the cost of concrete and reinforcement used in the walls. By changing the measure of shear walls, some steel rods, and cement altered. Results: Accordingly, the ranges of shear walls were recognized as the independent variables and the concrete and steel rod results were dependent variables. Beams, columns and the width of the shear walls were the same on all types. The prices of concrete and support of shear walls have been used for back propagation neural network training. Before optimization by neural network in the section of neural network training, the Genetic Algorithm steel bar function is defined. The steel bar function included the costs of concrete and steel bars used in shear walls. Conclusion: Afterwards, the best combination of four types of shear walls was selected using Genetic Algorithm. Finally, the optimum shear wall area to the plan area of regular concrete buildings with medium ductile shear walls is presented.

Nazary and Mazloom, Optimization of Shear Walls with the Combination of Genetic Algorithm and Artificial Neural Networks.Indian Journal of Science and Technology. 2016: 9(43);1-12

Early man and his culture from Eritrea in Northeast Africa

The track of human evolution and its cultural remnants set evergreen inquiry in the minds of every modern man. Africa...

Analysis of Scheduling the Independent CCHBs for Partially Reconfig...

The emerging reconfigurable computing reduces the need of computation exhaustive applications, which are always deman...

Cloud computing is an on-demand network access model to a shared pool of configurable computing resources. One of the...

Objectives: In this paper, a simple and flexible partition algorithm has been proposed to mine frequent data item set...

Knowledge Discovery and Sense Making for Early Diagnosis of Diabete...

Objective: Even though there are many advanced and sophisticated data mining techniques that are being used to enhanc...

Evaluation of Seedling Growth and MDA Content of Wheat Genotypes in...

Forty wheat genotypes were grown in petriplates at different temperature treatments (25±2, 35±2 and 40&... 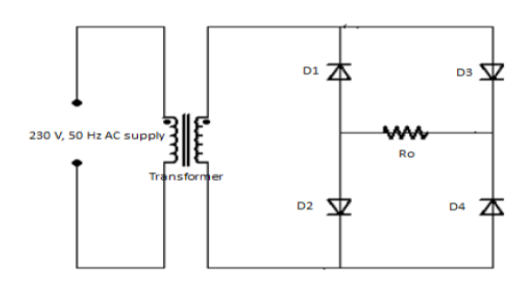 Simulation paradigm to study circuit performance in presence of com...

Objectives: To study the use of simulation tool to understand the circuit behavior in presence of faulty component an...

Control charts are widely used in industries to monitor a process for quality improvement. When dealing with variable...