Objectives: This research paper, based on fuzzy entropy, adapts a new method along with firefly concept, seeks to select quality features. At the same time it removes redundant and irrelevant attributes in high dimensional data. Methods/ Statistical Analysis: Feature selection can be understood as a data prepossessing method in order to reduce dimensionality, eliminate irrelevant data and sharpening of accuracy. In the pattern space, fuzzy entropy is used to estimate the knowledge of pattern distribution. The study of the lightning quality of the fireflies has led to the introduction of the Firefly Algorithm for computing models. This work proposes an algorithm for selecting features by integrating fuzzy entropy and firefly algorithm. Our proposed algorithm’s performances are analyzed using four different high dimensional data sets WILT, ORL, LC and LTG. Findings: The algorithm which is introduced here is further experimented with four variant data sets and the results shows that this algorithm out performs the traditional feature selection method. Also our proposed algorithm achieves maximum relevance and minimum level of redundancy. The performance metrics such as sensitivity, specificity and accuracy gives significant improvement when compared with existing FCBF algorithm. Applications/Improvements: Our optimized proposed algorithm efficiently improves the performance by eliminating redundant, noisy and insignificant features and can be applied on all high dimensional data sets.
Keywords: FCBF, Feature Selection Algorithm, Firefly Algorithm, Fuzzy Entropy, High Dimensional Data 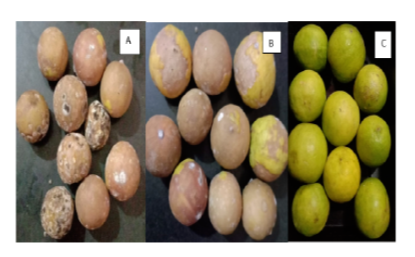 Background of the study: As fungi become resistant to commonly used pesticides, fungicides are becoming not only more...

EFFECT OF CHLORDECONE (KEPONE) ON THE BRAIN AROMATASE GENE – A NO...

Association of the sea-ice in southern Indian Ocean with ENSO

In this paper the wavelet analysis of monthly mean satellite-derived Sea-Ice Extent (SIE) anomalies in the southern I...

A Heuristic Approach for Phasor Measurement Units Placement in Powe...

Objectives: The objective of PMU placement in power system in a cost effective way to determine a minimum set of PMU&...

Systemic Analysis of Competition between SSM and Small-to-Medium Re...

As the number of SSM (Super Supermarket) has been growing, there are being deeper conflicts between large companies a...

Non Destructive Evaluation (NDE) is a technique to detect the defects without affecting the intended application or t...

An attempt has been made in this paper to trace out the basics of emerging Semantic Web with special focus on its fun...

Learning Content Management System ATutor, according to data found in this study, has multitudes of faulty User Inter...