According to the rate of sexual maturation girls of 14-17 years (n = 137) were divided into three groups: girls with a normal rate of maturation (n = 90), those with an accelerated one (n = 30) and girls with retarded maturation (n = 17). Girls participated in the experiment on studying the influence of the sexual development rate on speed and qualitative characteristics of the sensory-motor response on visual and acoustic stimuli in a stochastic reflexometric program. Marked peculiarities of the performance of reflexometric tasks having fractal structure of interstimuli intervals were detected both in girls with an accelerated and retarded rate of maturation. More evident and significant differences were revealed in a complex task on visual differentiation. Its less qualitative performance was observed in girls with an accelerated rate of sexual maturation.
Keywords: Acceleration, Fractal Regimen of Stochastic Reflexometry, Retardation, Sexual Maturation, Teen Girls

Valentina Georgievna Kamenskaya, Peculiarities of Sensory-Motor Response in Girls of 14-17 Years with Different Rates of Sexual Maturation. Indian Journal of Science and Technology. 2015: 8(29).

This paper gives an account of three species of the genus Schiffnerula and a species of Sarcinalla. Of these, Schiffn...

Active rectifier loads become more popular, recently, and their characteristics have been studied in the literature e... 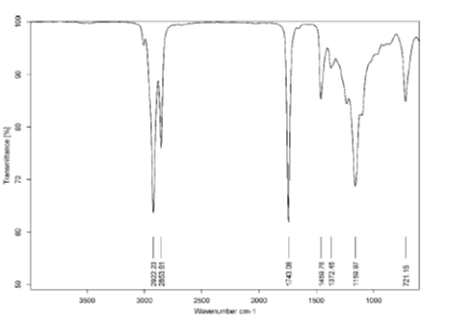 Background/Objectives: This study gives an extended and the new kinds of super root cube of cube difference labeling ...

Investigate Factors affecting on the Performance of Cement Industry...

Diabetic Retinopathy (DR) is the consequence of micro-vascular retinal changes triggered by diabetes which can cause ...

A survey of the success of open innovation model application in Ira...

Biotechnology Corporations play a significant role in the economic and technologic development. As they have relative...

Background/Objectives: Happiness is one of the most important values in life. The purpose of this study is to examine...

Study of the Impact of Variations on Standard Cells

Objectives: The scaling down of CMOS technology feature size may bring out many benefits in terms of area, performanc...