Ebola virus in humans causes hemorrhagic fever with a case fatality rate of 50% to 90%. So far, there is no specific treatment or vaccine for the Ebola virus. Patients experience uncontrollable bleeding from all body orifices, with intravenous fluid replacement therapy offering little consolation. World Health Organization (WHO) declared this epidemic as an international public health emergency. Moreover, there is now considerable concern that this Ebola outbreak will threaten world security. The proliferation rate of the disease since 2013 is at an alarming rate and is simultaneously found reflected in an abnormal research literature output. A sum total of 2172 publications were captured from the PubMed covering a longer period spanned between 1985 and 2014. While tracing the development trend in both the frequency distribution of the disease and countries affected, the data of research publications in Ebola were subjected to a Scientrometric study to find out if there exists a correlation between the countries affected by a specific disease and countries contributing to Ebola research. As usual in the case of any epidemic, USA leads in Biomedical research nullifying the hypothesis of the present study while the mostly affected African countries were poor in Ebola research contributions.

Formality and Informality in Urban Consolidation in the Municipalit...

Objectives: To investigate the urban consolidation processes of the municipality of Santiago de Cali, as well as the ...

Optical Cryptosystem of Color Images based on Fractional-, Wavelet ...

Objectives: A technique based on optical color cryptosystem is carried out in the Fractional Wavelet Transform (FWT) ...

Advocacy Monitoring of Women and Children Health through Social Data

Background/Objective: To classify, the extracted women and children health data, from the social media, and to utiliz... 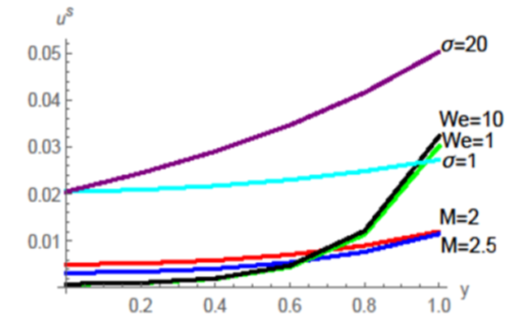 A Two-phase mixture model of Atmospheric Aerosols in the channel wi...

Objectives: A mathematical model is constructed to investigate the concentration of aerosol mixture in the atmosphere...

Floods refers to the condition of great overflow of water over a dry land. In malaysia, monsoon flood which cause by ...

Objective: The paper proposes the design of an intermediate Hadoop framework which will not only make Hadoop user fri...

Background/Objectives: Automatic segmentation of brain MRI has an important role in image research along with medical...

Multiclass cancer classification is an emerging technique which presents the possibility of cancer identification usi...