Organic farming is the form of crop growing that relies on techniques like crop rotation, green compost, manure and biological pest control. This study was an initial attempt to know the status of organic farming in pesticide use predominant 28 districts in 12 Indian states. Doctors, pesticide vendors and agricultural officers of regions were interviewed to study the status of organic farming in the selected areas. Data were collected through pre-tested schedules by trained field investigators. A total of 1577 samples from 290 randomly selected villages were keyed in to Visual Basic front end in MS Access data base. In this study only 3% of the respondents across the country reported that they had practiced organic farming only, whereas 51% of respondents practiced chemical farming and 46% of respondents had taken up both organic and chemical farming. Appropriate research and extension services need to be developed to make available to farmers all the relevant information on organic farming. Keywords: Organic Farming, Pesticide, Fertiliser.

A Choice of Symmetric Cryptographic Algorithms based on Multi-Crite...

In order to optimize production, consumption and distribution of energy, the different devices of a Smart Grid (SG) e...

Analysis and classification of ECG beat based on wavelet decomposit...

Identification of DNA elements involved in somaclonal variants of R...

Some aspects of air pollution climatology of Raipur and Korba (India)

Livestock Model Innovation under the Concept of Smart Cities

Objectives: In this paper, we propose a model of livestock innovation lab employs the concept of living in the contex... 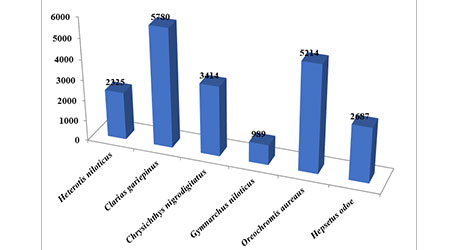 Even though cryptographic algorithms embedded on physical devices guarantee theoretical security, they are vulnerable...

Ship recycling has been considered as the best practice to re-use the components to cut down the principle ship build...