Background/Objectives: Now a days, Android Malware is coded so wisely that it has become very difficult to detect them. The static analysis of malicious code is not enough for detection of malware as this malware hides its method call in encrypted form or it can install the method at runtime. The system call tracing is an effective dynamic analysis technique for detecting malware as it can analyze the malware at the run time. Moreover, this technique does not require the application code for malware detection. Thus, this can detect that android malware also which are difficult to detect with static analysis of code. As Android was launched in 2008, so there were fewer studies available regarding the behavior of Android Malware Families and their characteristics. The aim of this work is to explore the behavior of 10 popular Android Malware Families focused on System Call Pattern of these families. Methods/Statistical Analysis: For this purpose, the authors have extracted the system call trace of 345 malicious applications from 10 Android Malware Families named FakeInstaller, Opfake, Plankton, DroidKungFu, BaseBridge, Iconosys, Kmin, Adrd and Gappusin using strace android tool and compared it with the system calls pattern of 300 Benign Applications to justify the behavior of malicious application. Findings: During the experiment, it is observed that the malicious applications invoke some system calls more frequently than benign applications. Different Android malware invokes the different set of system calls with different frequency. Applications/Improvements: This analysis can prove helpful in designing intrusion-detection systems for an android mobile device with more accuracy.
Keywords: Android Kernal, Android Malware Installation Methods, Malware Families, System Call Analysis

Fuzzy Based Summarization of Product Reviews for Better Analysis

Background/Objectives: There is a tremendous growth in the online product’s where customers buy a product and l...

The aim of research is the development of elements of spring rape cultivation technology based on complex micro ferti...

FOLLISTATIN IS EXPRESSED ALONG WITH AROMATASE IN FEMALE GONADS DURI...

Poetic Sound Picture of the World: Theoretical basis and Approaches...

The article considers conceptual aspects of the theory of poetical sound picture of the world as one of the linguisti... 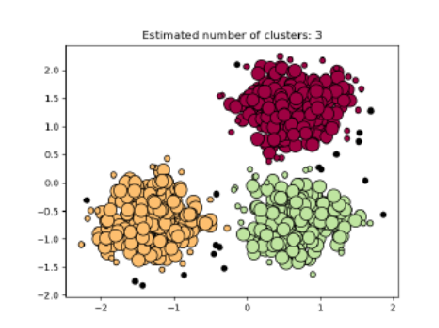 Objectives: Network functionality-based tracking is difficult for the fabrication processing under the various enviro...

Objectives: This article describes the use and advantages of the Logit Statistical Model to assess the risk levels of...

Objective: Medical Image Processing needs to have images to be processed in a more meaningful way for the diagnostic ...

Objective: To improve IDS strategy with high detection accuracy and reduce the power consumption of the nodes in MANE...