A Rectangular Microstrip Patch Antenna with a size of 94 X 78 X 0.787 mm3 is put forward for IEEE 802.11 b/g/n applications where the performance of various antenna parameters is keenly improved by using Metamaterials. The Conventional Antenna is designed with the presence of Rogers RT Duroid 5870 Substrate with epsilon value of 2.33. In order to upgrade performance, EBG Structures in the form of Square Split Ring Resonator which is modified as previously been available is directly etched on the Ground Plane of Conventional Antenna. On this incorporation, we found that the Conventional Antenna which previously suffers from Narrow Bandwidth, Low Efficiency and Low Gain is sparsely enhanced where the Bandwidth was improved to +23.10%, Efficiency and Gain improved to a 17.15% and +51.35% respectively. In earlier works, the EBG Structures was attached to the radiating patch making it ineffective for modern day’s applications but here the incorporation is done without disturbing the radiating patch and the EBG Structures are modeled in such a way where it tackles mutual coupling. So keeping in view with the desires of Wi-Fi (Wireless Fidelity) Applications certain technical issues need to be addressed where the designed prototypes fulfill them out.

Behera and Suraj, Upgradation in the Performance of Various Antenna Parameters by using the Concepts of Metamaterials. Indian Journal of Science and Technology. 2016: 9(43);1-8

Objectives: The objective of this paper is to report on factor analysis of 60 emotional descriptors adopted from PANA...

Influence of soy protein incorporation on acceptability and shelf-s...

The objective of the investigation was to incorporate soy proteins to sorghum (Sorghum vulgare) flour in preparation ... 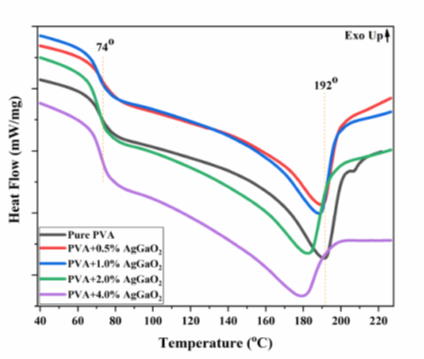 Objectives: Synthesis of hybrid nanoparticles (NPs) and intercalation of as prepared NPs inside polymer matrix to fab...

The frequency is one of the instruments for measuring the health status of the power system, due to its ability to an...

Assessment of Foods and Drinks for the Presence of Extended Spectru...

Objectives: To make preliminary screening study for the presence of ESBL producing bacteria, in food and drinks sold ...

A Review: Teaching Methodology in Mathematics

In Tamil Nadu Engineering education has become a fantasy and there are more than 560 engineering colleges and nearly ...

Second order constraints in the theory of invariant relative orbits...

Working with the mean orbit elements, the secular drift of the longitude of the ascending node and the sum of the arg...

Objectives: This study is to identify types of attitude on basic nursing practice of nursing students and provide fun...