Utility of Corpus based Approach in the Recognition of Opinionated Text

Objectives: The proposed work focuses on mining opinion word catalogue by using corpus based approach. The motive is to use different parts of speech to improve the classification of the sentiments. Methods/Statistical Analysis: The methodology involved in the proposed work incorporates both the sentiment orientation approach and machine learning approach. The various features like content – specific, content-free and other sentiment features have been used to classify the sentiments. The previous works in the field involved only some specific parts of speech, which have been replaced by the usage of nouns, adjectives, verbs and adverbs. In this approach an algorithm for calculation of sentiment feature has been proposed. Findings: The algorithm proposed in this work is more efficient in comparison to other existing work. In this work, since we have developed a corpus based approach amalgamating both the machine learning and semantic orientation approaches into a common skeleton, it improvises the classification method. Our projected method also incorporates the content-specific and content free features involved in the existing approaches. It also utilizes the infrequent and sentiment features in the semantic orientation approach. The proposed technique can be classified into three main modules: Acquiring of data, generation of features, followed by classification and evaluation. Application/ Improvements: The researches to be done in future can deal with other feature generation methods. Moreover the method can also be improved by making the modifications so that the feature classification can be done on quite large data sets. The method can further be implemented for multilingual languages to build a multilingual sentiment-based lexicon..

Gupta and  Hasteer, Utility of Corpus based Approach in the Recognition of Opinionated Text. Indian Journal of Science and Technology. 2016: 9(44);1-7

Study on the Unconstitutionality of Sports Toto in Korea under the ...

Objectives: We examined the mutual relationship between the Sports Promotion Act and the Enforcement Decree of the Sp...

Investigation on the Radiation Safety Management in Computed Tomogr...

Background/Objectives: This study aimed at investigating the attitudes, knowledge and behaviors of radiological techn...

Reducing and Recycling Gases Sent to the Flare by Ejector

Background/Objectives: The purpose of this study is to investigate the reduction and recycling of sent gases to the f... 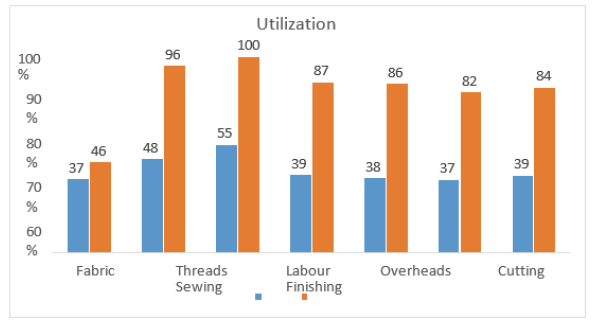 A Study on Application of Linear Programming on Product Mix for Pro...

Objectives: This research aims to sneak into the retailer's perception about that customer segment and plan a product...

Adjustment of the primitive parameters of the simulated annealing h...

In this paper, the best setting for primitive parameters of simulated annealing fitted on traveling salesman problem ...

Computer simulation of the properties of Nano-modified Adhesive Compositions (NMC) based on ED-20 epoxide resin doped...

Application of a Software Education Program Developed to Improve Co...

Objectives: This study developed and applied a Software Education program that uses App Inventor and examined its eff...