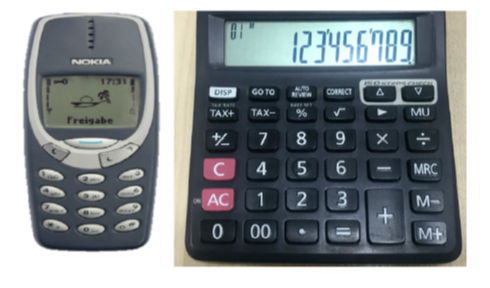 Objectives: Teaching mathematical theorems in Indian classroom settings usually focuses on explaining the statement of the theorem followed by methods of giving its proof. This hardly enables students to learn how to write a new theorem. Even teachers, at times, express their inability to write a new theorem. The objective of this article is to present a situational casestudy explaining the general processes involved to facilitate writing a new mathematical theorem. Methods: The methodology followed for coming up with a new mathematical theorem is based on careful observation of events around and recognizing patterns thereof. The emphasis is on summing up facts at different levels of observations, in order to evolve a concise theorem. Findings: From a small observation of the arrangements of the numbers on the keypads of a mobile phone or a calculator, a general mathematical theorem is evolved. This is an example for the pedagogy to be followed for writing a mathematical theorem, which can be useful both for the teachers and the students to self-educate themselves in new situations and casestudies. Novelty: This article formulates an innovative pedagogy using the mathematical concepts of subtraction, addition, divisibility, pattern recognition and generalization & randomization of event to evolve a mathematical theorem. The transformation in statement of the theorem with addition of more and more facts leading to its newer versions is the main feature of this article.

© 2021 Tyagi.This is an open-access article distributed under the terms of the Creative Commons Attribution License, which permits unrestricted use, distribution, and reproduction in any medium, provided the original author and source are credited. Published By Indian Society for Education and Environment (iSee)

Resource Reservation and Improved QoS for Real Time Applications i...

Background/Objective: Real time data communication in Mobile Adhoc Network is a demanding issue due to the selfgovern...

This paper proposes the concept of three phase ac to ac resonant converter for Induction heater. As compared with bas...

Open Innovation in an Intermediate City of Colombia

Objectives: This article describes the process of introduction of an open innovation strategy in an intermediate city...

Cloud computing is emerging in industry because of its flexible resource management. Many private companies have star...

The Influence of Perceived Trust on Understanding Banks’ Customer...

Background/Objectives: The purpose of this paper is to examine the role of trust in internet banking services based o...

Direction of Arrival Estimation for Smart Antenna using a Combined ...

Smart antenna system after determination of Direction of Arrival (DOA) of signal, generates beam toward user and null...

Characteristic Analysis on Energy Waveforms of Point Sparks and Pla...

Background/Objectives: This research analyzes waveforms of surge and discharge voltage in the plasma ignition and poi...