Objectives: The relevance of the article has been determined by the need to study the role of government in industrial modernization in terms of establishment of national design offices. Methods/Statistical analysis: The study of the industrial modernization causes, forms and financing was made on the basis of comparative analysis. Irrational component of project selection was studied on the basis of the main provisions of behavioral finance theory, that in systemic terms provided the possibility to obtain an integrated assessment combining the investment views and the basic provisions of the theory of rational behavior. Findings: The study of the market situation influence on decision-making regarding the technological development of industrial enterprises led to the conclusion that the biggest irrationality is related to the estimate of the timing of rapid growth or downward wave, when the majority of individuals make the specified time to fit for their own strategies, ignoring objective indicators of scientific and technological progress. Analysis of reasons for the adoption of decisions on modernization, and features of its implementation, enabled to classify such decisions, which is necessary for the selection of modernization forms. A comparative analysis of utility maximization and choice alternatives when making decisions on industrial enterprise modernization made it possible to justify the need for descriptive rather than normative approach to modernization processes. The study of the behavior of the individual making decision on financing the modernization of industrial enterprises has shown that the traditional selection based on cost savings is not effective for modernization projects. Application/Improvements: The systemization of types and forms of industrial enterprise modernization has allowed proposing approaches and forms, countervailing the irrationality of the project selection, and practical recommendations for the national design office portfolio formation regarding the industry modernization.

Stepnov and Kovalchuk, About the Issue of Decision Making Irrationality in the Activity of the National Industrial Modernization Design Office.Indian Journal of Science and Technology. 2016: 9(42);1-8

The topic of perceived risk and uncertainty helps in facilitating the perception of consumers’ attitude toward mark... 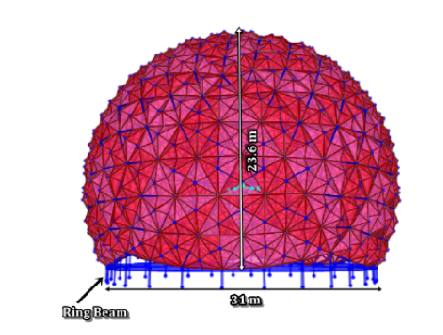 Objectives: To analyze the soil structure interaction (SSI) behaviour of a geodesic dome for in situ soil conditions ...

A Prelude to Meta-evolution

Objectives: To propose a single unified theory of evolution of life and of species based on conscious evolutionary ur...

Modern Land Reform in the Russian Federation: Problems of Theory an...

Background/Objectives: The objective of the article is to analyze the adopted legal norms in the field of land legal ...

An Efficient Framework for Providing Secured Transaction of Data in...

Background/Objectives: The aim our work is to achieve transactional security for users across cloud servers. Method/ ...