Arekar et al., An Experimental and Analytical Investigation on a Newly Developed Truncated Hexahedron Connector.Indian Journal of Science and Technology. 2016: 9(15);1-6 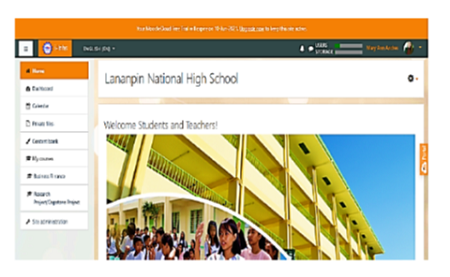 Design and Implementation of i-lnhs: A Learning Management System f...

Background/ Objectives: The use of technology such as Learning Management System (LMS) is helpful during the pandemic...

Multipliers are the basic building blocks of signal processing and arithmetic based systems. The objective of this pa...

A key argument for modelling knowledge in ideologies is the simple reuse of the facts. However, nearby reliability ch...

Optimization Design of an Interior Permanent Magnet Motor for Elect...

Health Issues among Women Employees in Leather and Leather Related ...

Overview: Nowadays women are playing multi-task generally neglecting their health but focus much on work and family. ...

Noise, the unwanted information in a signal reduces the quality of signal. Hence to improve the signal quality, denoi...

Assessing the factors influencing the utilization of improved cerea...

Analyzing the Effect of Grouping Subsystems for Periodic Maintenanc...

Objectives: To analyze the effect of conducting maintenance inspection on equipment at subsystem level and at group l...