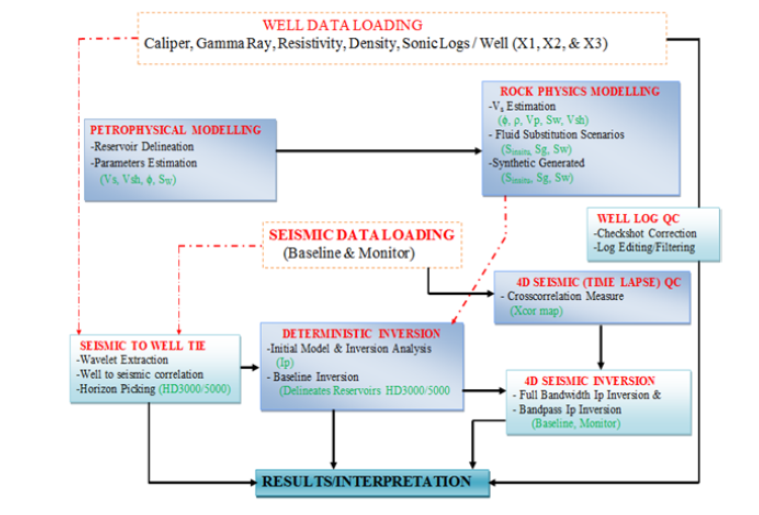 Aim/objectives: The aim of this research is, to use Time lapse (4D) seismic and investigate the influence of low frequency update in deterministic model-based seismic inversion employed in delineating a prospect saturated with bypassed hydrocarbon accumulation. Method: The dataset employed in this study incorporates 4D seismic volumes with fifteen (15) years production, interval between 2001 baseline and 2016 monitor seismic vintages. The inversion was carried out using full bandwidth of the updated low frequency and bandpass filtered low frequency approaches. The seismic vintages (baseline and monitor) were simultaneously inverted into acoustic impedance volumes for the two approaches. The formation fluid and lithology were discriminated through fluid replacement modelling (FRM) based on the colour separation between brine and gas saturation scenarios. Findings: The two inversion methods employed reveal six (6) zones suspected to be saturated with bypassed hydrocarbons. The delineated bypassed zones are masked in the full bandwidth approach,depicting the effect of the updated low frequency model. Meanwhile, the bandpass filtered approach result presents a better delineated bypassed reservoir as the zones are more pronounced when compared with the full bandwidth approach. Porosity estimate reveals that the bandpass filtered approach is characterized with excellent porosity in the suspected bypassed zones. The results equally gave more reliable and full delineated bypassed zones. Originality and novelty: The dataset employed in this study were obtained from a producing hydrocarbon field which, interest is to maximize the production of oil/gas. The study will bridge the inherent gab observed in using model-based seismic inversion approach to analyse and interpret seismic data in order to delineate hydrocarbon prospects. The research reveals that,the model-based seismic inversion method is still very effective in delineating hydrocarbon prospect when the updated low frequency is bandpass filtered to remove the model effect which influences the inverted acoustic impedance results.

© 2020 Akpan et al.This is an open-access article distributed under the terms of the Creative Commons Attribution License, which permits unrestricted use, distribution, and reproduction in any medium, provided the original author and source are credited. Published By Indian Society for Education and Environment (iSee).

Background: Different products are manufactured from Cold Formed Steel (CFS) are used in the different field of our d...

Critical Success Factors in ERP Implementation and their interrelat...

Purpose: The purpose ofthis paper is to find interrelationships among the factors thatimpactthe process and result of...

Objectives: The world we knew yesterday is not the same today. There is development in every field of science and tec...

A Novel Approach to Enhance DNS Cache Performance in Web Browser us...

The Domain Name Server (DNS) and web browser are playing major role in the global connection to share the information... 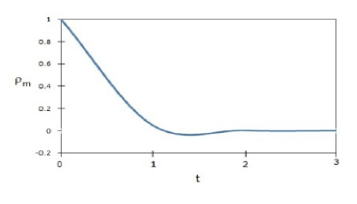 Objectives: In the f(R, T) theory of gravity, to examine the Bianchi type-I model with dark matter and Tsallis hologr...

Relationship between Collectivism and Suicidal Ideation in Old Age

This study examined the relationship between collectivism and suicidal ideation among elderly living in a community. ...

Effect of Stress Relief on Pile Capacity in Soft Clay

Background/Objectives: The primary objective of this paper is to classify the clinical dataset of cervical cancer to ...

Background/Objectives: The objective of the work carried out in this paper is to present the literature based on diff...