Saleh and Kafi, Bis (Salysylaldehyde) Benzidine for the Highly Selective Cu2+-Sensing by Fluorescence Quenching.Indian Journal of Science and Technology. 2017: 10(27);1-6

On Coloring of Corona Graphs

A proper coloring of a graph is an assignment of colors to the vertices of the graph such that adjacent vertices are ...

An Efficient Route Selection based on AODV Algorithm for VANET

Road safety is an all-time global concern. Every day a large number of human lives are lost with many sustaining a di...

Nitrate and Chromium Contamination in Groundwater from Effluent of ...

Objectives: To determine the chromium and nitrate pollutants in groundwater and combined with DRASTIC Maps. Methods/ ...

Background/Objectives: The purpose of this study is to control the constant salinity of floating salt water due to th...

Electrical and Economic Study of Applying the ACSS Conductor in T...

Background: Now a day, data communication plays a vital role in day-to-day life. There is a strong desire to develop ...

Evaluate the Multiple Breast Cancer Factors and Calculate the Risk ...

Background: The encapsulation of multiple heterogeneous data sources from different departments provide all the detai...

Flour prepared from potato tubers (Solanum tuberosum) after cooking and drying at 70°C was used for ethanol producti...

The process structure of wearable bio-patch information system is organized by the sequence stages from a patch user ... 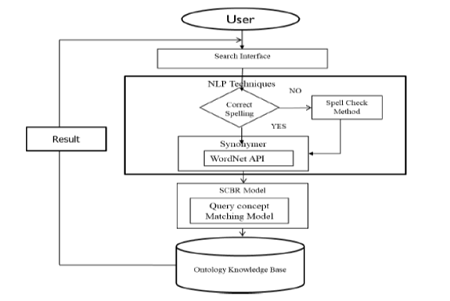 Refining Search Performance through Semantic based CBR Model and Qo...

Objectives: To refine search performance using semantic web with an improved algorithm to retrieve the informati...